Eli Cohen – Etz Hadomim Tafus AKA Under the Domim Tree (1994)

Synopsis: Israel 1953. At a kibbutz boarding school, Aviya is the only Israeli-born pupil. Her friends are all survivors of Nazi persecutions in Europe. As the students follow current events, it triggers traumatic memories in several of the classmates, who are simultaneously dealing with the challenges of transitioning into adult life. Very few have the support support from parents and the majority lost one or both parents. Aviya herself is determined to find the tomb of her father, who died before she was born. Meanwhile her mother is staying at a mental hospital and refuses to recall her painful past. A film about young orphaned people in the new-born, traumatised yet hopeful state of Israel. END_OF_DOCUMENT_TOKEN_TO_BE_REPLACED 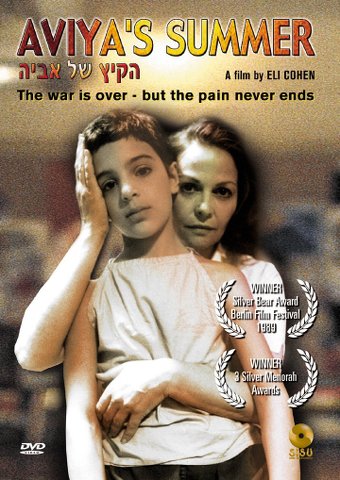 A young girl and her mother both carry the scars of their experiences during the holocaust in this drama from Israel. In 1951, Aviya (Kaipo Cohen) is a ten-year-old girl being raised by her single mother, Henya (Gila Almagor), in a small village in Israel. Henya is a survivor of a Nazi concentration camp, and has come out of the experience considerably worse for wear; she’s haunted by the memories of her past, and has become emotionally unstable.
—
The Summer of Aviya was based on a novel by Gila Almagor, who also plays Henya. A sequel, Under the Domim Tree, was released in 1995. ~ Mark Deming, All Movie Guide
END_OF_DOCUMENT_TOKEN_TO_BE_REPLACED