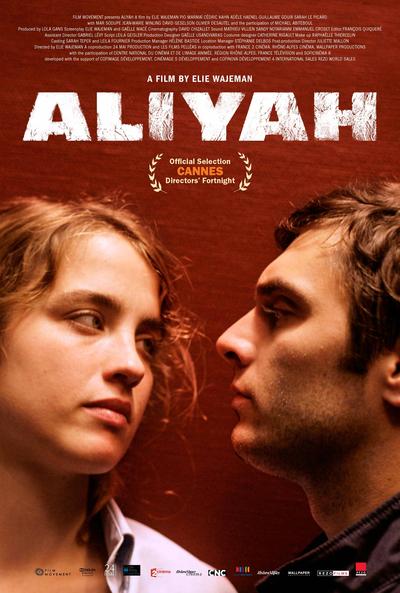 Quote:
Alex, 27, lives in a working-class Paris neighborhood and sells drugs for a living, continuously paying off the debts of his brother Isaac (played by French auteur Cedric Kahn), who’s becoming a real burden. When his cousin, who has just returned from completing his military service in Israel, tells him he’s opening a restaurant in Tel Aviv, Alex thinks that joining him might be the life-changing opportunity he was waiting for. But in order to leave, Alex must quickly find enough money and accomplish his “aliyah” (the term for Jews emigrating to Israel) which involves, among other things, Hebrew lessons and connecting with his Jewish roots. He also has to leave behind his beloved city of Paris, his former lover Esther, his lifelong friend Mathias, and Jeanne, a woman whom he’s just met but has the potential of becoming someone important in his life. Torn between making his aliyah, his drug selling, his complicated love life and a destructive brother, Alex will have to find his own way and make a final decision. END_OF_DOCUMENT_TOKEN_TO_BE_REPLACED