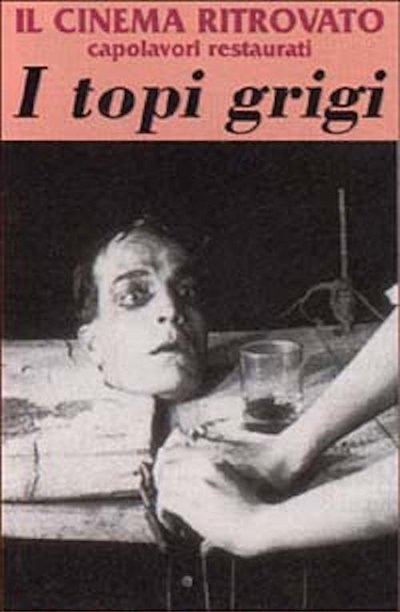 Quote:
I topi grigi, an eight-part serial produced by Tiber Film in Rome, is part of the complex saga of Za la Mort, an apache and outlaw who was the protagonist of 12 films, four serials, three novels and various theatrical shows created between 1914 and 1930 by Emilio Ghione (1879-1930).
Thanks to his alter ego Za, Ghione would eventually become a genuinely popular star. On one hand he incarnated the role of fearless hero and was the emblem of muscular masculinity. On the other he was also a natural performer in the role of a dandy in several melodramas set in the salons of the decadent, contemporary nobility – a setting reflecting the D’Annunzio-inspired atmosphere of the period. END_OF_DOCUMENT_TOKEN_TO_BE_REPLACED