Enzo G. Castellari – I nuovi barbari AKA The New Barbarians AKA Warriors of the Wasteland (1983)

Two mercenaries help wandering caravans fight off an evil and aimless band of white-clad bikers after the nuclear holocaust. END_OF_DOCUMENT_TOKEN_TO_BE_REPLACED

Back from the Civil War, Johnny Hamilton learns that his father was murdered by Santana the bandit and that his mother Gertrude married his uncle Claude but Johnny is determined to find out the truth. END_OF_DOCUMENT_TOKEN_TO_BE_REPLACED

The legendary Franco Nero (Django, The Fifth Cord) stars in the titular role as a half-breed gunfighter who returns from the killing fields of the civil war to find his hometown riddled with the plague, its inhabitants terrorized (with the help of Keoma’s own estranged half-brothers) by tyrannical gang leader Caldwell (Donald O’Brien, Zombie Holocaust). Keoma’s father (Willian Berger, Sartana in the Valley of Death) welcomes his prodigal son’s return, but when Keoma saves a vulnerable pregnant woman (Olga Karlatos, Zombie Flesh Eaters) from Caldwell’s thugs, the stage is set for a violent confrontation. With the help of his father and his friend, the freed slave George (Woody Strode, Spartacus), Keoma prepares to take a savage revenge on Caldwell and his gang. END_OF_DOCUMENT_TOKEN_TO_BE_REPLACED

Description:
Franco Nero is Commissioner Belli, a tough cop going hard after a very large international narcotics ring. Naturally there are people who do not like what he is doing. Belli plays it cool until they mess with his family. Then it’s not only about bringing the pushers to justice, but getting revenge as well. With a truly mesmerizing score by Guido De Angelis & Maurizio De Angelis, High Crime is a truly great film experience that lives up to it’s hype. END_OF_DOCUMENT_TOKEN_TO_BE_REPLACED

Synopsis:
In 1944, in France, the rogue American soldiers Lieutenant Robert Yeager, Private Fred Canfield, the murderer Tony, the thief Nick and the coward Berle are transported to a military prison. However, the convoy is attacked by the Germans and they survive and flee with the intention of cross the border of Switzerland. Along their journey, they fight against a German platoon and capture the German prisoner Adolf Sachs that offers to guide them to the Swiss border. When they meet a German troop, they kill them but sooner they discover that they actually were and American commando in a mission headed by Colonel Buckner to steal a German V2 warhead. Lt. Yeager, Fred, Tony and Nick offer to risk their lives to accomplish the mission. END_OF_DOCUMENT_TOKEN_TO_BE_REPLACED 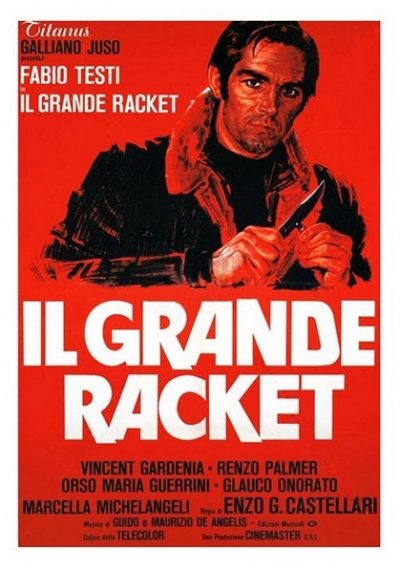 Nico is a police inspector who is battling against gangsters who are terrorising an Italian town and extorting money from its locals. No one dares to speak out against them except a local restaurant owner. After telling all his daughter is swiftly raped and the inspector taken off the case. He decides, however, to go it alone and enlists support from victims of the hoodlums.”
END_OF_DOCUMENT_TOKEN_TO_BE_REPLACED