Richard Clarke (Benny), a small town lawyer, is not making enough money to marry Janie Brown (Lane), his fiancée. To improve himself, Richard moves to New York City. Although he does not have any clients, Richard tells Janie that he is doing well. She expects to move to New York and marry him.

His assistant Shufro (Anderson) suggests that he could make some money if he became hard and ruthless. The ultimate test of his meanness is ‘stealing candy from a baby’. He is photographed as he pulls a sucker away from a small boy. The picture is printed in the paper under the caption, “Meanest Man in the World.” He is hired to evict an old woman, Mrs. Frances H. Leggitt (Margaret Seddon), from her apartment and more pictures appear in the paper. END_OF_DOCUMENT_TOKEN_TO_BE_REPLACED

Quote:
The final film completed by Ernst Lubitsch, this zany, zippy comedy of manners, set in England on the cusp of World War II, is one of the worldly-wise director’s most effervescent creations. Jennifer Jones shines in a rare comedic turn as Cluny Brown, an irrepressible heroine with a zeal for plumbing. Sent to work as a parlormaid at a stuffy country manor, she proceeds to turn the household upside down—with plenty of help from Adam Belinski (Charles Boyer), an eccentric Continental exile who has fled the Nazis but is still worried about where his next meal is coming from. Sending up British class hierarchy with Lubitsch’s famously light touch, Cluny Brown is a topsy-turvy farce that says nuts to the squirrels and squirrels to the nuts. END_OF_DOCUMENT_TOKEN_TO_BE_REPLACED

Quote:
The Baron of Chanterelle (Max Kronert) demands that his nephew Lancelot (Hermann Thimig) get married to preserve the family line. A skittish and effeminate fellow, Lancelot does not wish to marry, so when his uncle presents him with 40 enthusiastic brides, he hides out with a group of monks. The gluttonous monks learn about Lancelot’s potential cash reward for his nuptials, so they cook up a plan: he can marry a doll… END_OF_DOCUMENT_TOKEN_TO_BE_REPLACED

Synopsis:
Ninotchka is a stern, straightlaced Communist Party member sent to Paris to finish the sale of Grand Duchess Swana’s jewels for the Soviet government. But, while studying the frivolous materialism of Paris, Ninotchka meets Leon, Swana’s lawyer and sometime lover, and the two become enamored with one another — without knowing each other’s identity. The Grand Duchess, in the meantime, is suing the USSR for ownership of the jewels. What follows is a delicate web of intrigue and deception as Swana tries to blackmail Ninotchka into leaving Paris. Soon the two lovers have to overcome political hurdles and cross borders just to be together. END_OF_DOCUMENT_TOKEN_TO_BE_REPLACED 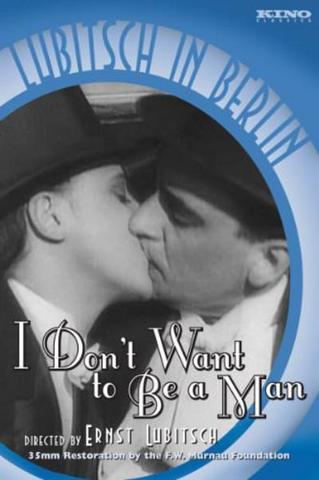 Quote:
I Don’t Want To Be A Man is like The Oyster Princess an early example of Ernst Lubitsch’s comic skills, and it also shares The Oyster Princess’ star, the irrepressible comedienne Ossi Oswalda, who in both films lends her name to the characters she plays. Here she plays a wild, rambunctious late teen barely under the control of her guardian/uncle and governess. (In reality it takes a while to work out that this middle-aged couple glaring disapprovingly out the window at Ossi’s mild antics outside are not her parents; they seemed rather coded as such.) END_OF_DOCUMENT_TOKEN_TO_BE_REPLACED 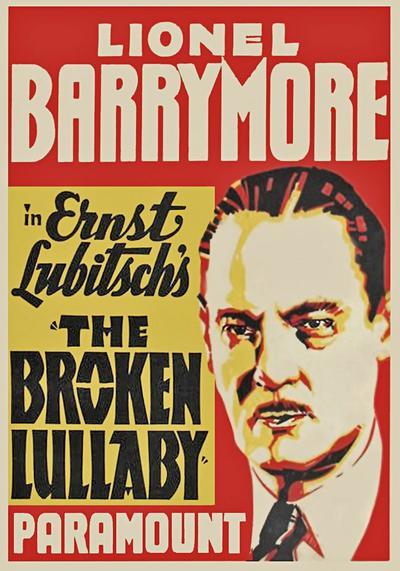 A young French soldier in World War I is overcome with guilt when he kills a German soldier who, like himself, is a musically gifted conscript, each having attended the same musical conservatory in France. The fact that the incident occurred in war does not assuage his guilt. He travels to Germany to meet the man’s family. END_OF_DOCUMENT_TOKEN_TO_BE_REPLACED

The Budapest department store run by Hugo Matuschek (Frank Morgan) is a happy little society of salesclerks, where assistant manager Alfred Kralik (James Stewart) and salesgirl Klara Novak (Margaret Sullavan) don’t at all see eye to eye. But in secret pen-pal letters they’re madly in love with one another, each hardly guessing who their mysterious secret admirer might be. END_OF_DOCUMENT_TOKEN_TO_BE_REPLACED