Alistair MacLean’s two-fisted, no-holds-barred adventure yarns are a natural for the screen. When Eight Bells Toll brings in more slugging, quick action twists, sharp dialog, amusing acting than many pix twice its length.
Anthony Hopkins has a role that creates a character full of resource, courage, cheek and personality. A kind of James Bond, without the latter’s trademarks. Character is a naval secret service agent assigned to find out how millions of pounds in gold bullion are being pirated. He starts his explorations in the bleakness of the Western Highlands of Scotland. Hopkins and his pal (Corin Redgrave) posing as marine biologists find mystery and hostility among the natives and the obvious suspect is a suave, rich Greek tycoon (Jack Hawkins) whose luxury yacht guests some odd characters. END_OF_DOCUMENT_TOKEN_TO_BE_REPLACED 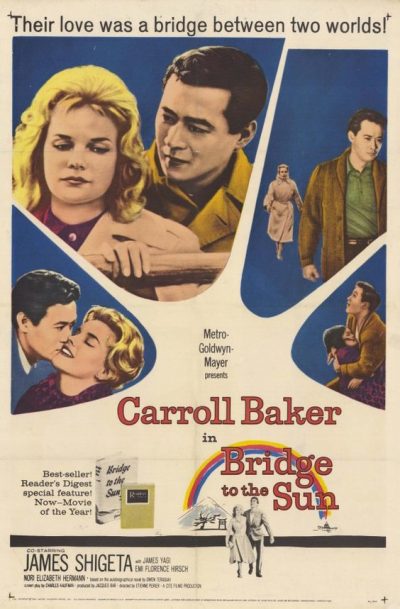 This combination romance and wartime drama by Etienne Perier was unusual at the time it was released because it portrayed World War II in the Pacific from the perspective of Gwen Terasaki, a woman from the Southern U.S., married to a Japanese diplomat. Based on her autobiography, the interesting story relates how the couple left for Japan after the bombing of Pearl Harbor and remained in Japan throughout the duration of the war. Their experiences and hardships during the war are detailed, as well as the tragedy that separated them once the war was over. Since the suffering of the ordinary Japanese citizen at this time and the racial undercurrents connected to the Pacific war are brought forward, the film stirred some controversy when it was released. ~ Eleanor Mannikka, All Movie Guide END_OF_DOCUMENT_TOKEN_TO_BE_REPLACED