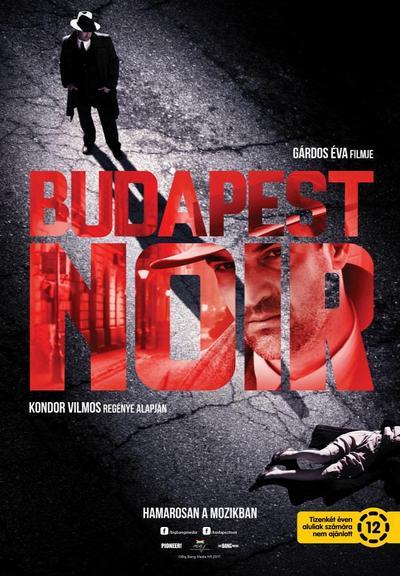 Quote:
A journalist specialising in criminal cases, trained in the United States and very well-connected in police circles, Zsigmond Gordon (the incredible Krisztián Kolovratnik) has no interest in politics. Described as cynical by his family, he considers himself to be more of a realist who only trusts himself. Always keeping an eye out for the slightest sign of a corpse on the horizon, Gordon is obsessed with the prospect of making the headlines by dealing with “the destiny of those for whom death is the last stop.” And as you may have guessed, a fitting case pops up following the discovery of the body of an unknown woman (Franciska Törocsik), abandoned in the courtyard of a dodgy neighbourhood. Previously a prostitute in a city where misery abounds, the victim catches the attention of Zsigmond who has already happened upon her by chance after catching a glimpse of a revealing picture of her while nosing about (almost second nature to him) in the office of his friend, Police Chief Gellert (Zsolt Anger). The disappearance of the corpse from the morgue confirms his intuition to follow the case and, aided by Krisztina (Reká Tenki) with whom he’s having an affair, he traces the story back to a photographer (Szabolcs Thuroczy), before sinking into the city slums, with local gangsters (Zoltan Schneider), luxury brothels (Kata Dobo), and the very chic Ring Klub managed by Baron András Szöllösy (Janos Kulka). But his stubbornness to discover the truth becomes more and more perilous… With classical craftsmanship, Budapest Noir shines particularly brilliantly thanks to the very accomplished patina of its reconstruction, owing a lot to the talent of Elemer Ragalyi, director of photography, and Pater Sparrow, responsible for the film’s sets. With strong performances and a progressive narrative that is rich in events – somewhat less predictable than it may seem at first glance – Eva Gardos’ debut feature film successfully creates a stimulating atmosphere in which the flowers of evil, services, blackmail and sacrifices become entangled in a historic environment, where darkness has already taken over from light. END_OF_DOCUMENT_TOKEN_TO_BE_REPLACED