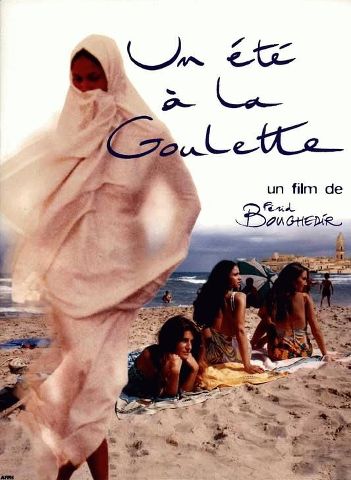 Synopsis
In La Goulette, a small harbour town in the Tunis suburbs, Youssef, the Muslim, Jojo, the Tunisian Jew, and Giuseppe, the Sicilian Catholic, are as inseparable as their three 16-year-old daughters, Meriem, Gigi and Tina. In a fit of provocation the three girls all swear that they’ll lose their virginity on the day of the feast of the Madonna, each with a boy from a religion different to hers ! Once this taboo is brought out into the open, all three families fall out. But the friendship between the three fathers is so strong that it reconciles them, closer than ever before… until the eve of the Israel-Arab Six Day War in 1967 that forces apart Jews and Arabs all over the world. END_OF_DOCUMENT_TOKEN_TO_BE_REPLACED

Review: “Halfaouine, Boy of the Terraces” is a charming coming-of-age film from Tunisia that takes a rare look at the inner workings of Arabic culture — the stone- walled streets, alleys, rooftops and households of everyday Tunisia, where traditions seem little interrupted by the modern world.
END_OF_DOCUMENT_TOKEN_TO_BE_REPLACED