After the end of the military dictatorship in Argentina in 1983, Floreal is released from prison. Instead of returning to his wife, he wanders through the night of Buenos Aires. He meets some people from his past–most of which are only imaginary–and remembers the events of his imprisonment. END_OF_DOCUMENT_TOKEN_TO_BE_REPLACED

A young man living in a cold southern village in South America, decides to start a trip looking for his father. By doing this he discovers unexpected facts about his latin American essence. END_OF_DOCUMENT_TOKEN_TO_BE_REPLACED

Nicole Brenez for BFI wrote:
Made in Argentina in 1968, The Hour of the Furnaces (La hora de los hornos) is the film that established the paradigm of revolutionary activist cinema. “For the first time,” said one of its writers, Octavio Getino, “we demonstrated that it was possible to produce and distribute a film in a non-liberated country with the specific aim of contributing to the political process of liberation.” The film is not just an act of courage, it’s also a formal synthesis, a theoretical essay and the origin of several contemporary image practices. END_OF_DOCUMENT_TOKEN_TO_BE_REPLACED 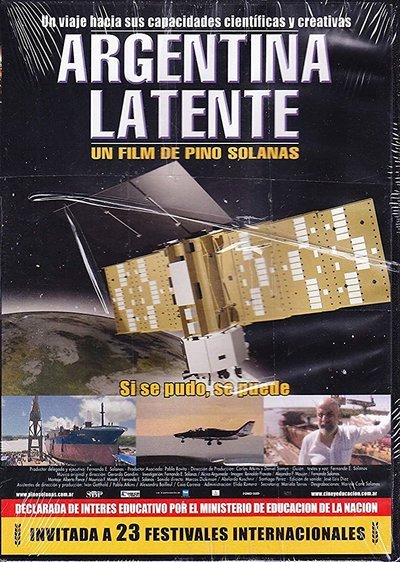 Quote:
Two years ago I very favorably reviewed the Argentinian documentarian Fernando E. Solanas’ Dignity of the Nobodies, shown at the 2006 SFIFF. This new work by Solanas deals with exploitation of his country from outside and how Argentina can get out from under that and become a strong, rich, independent country. My heading for Dignity was “Chaotic and grainy, but for some of us, essential viewing.” This one isn’t so grainy, and it’s still essential. END_OF_DOCUMENT_TOKEN_TO_BE_REPLACED 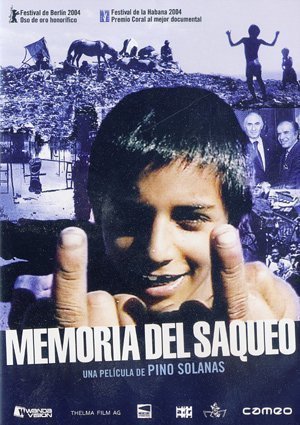 “Memoria del saqueo” – literally, “Memory of the looting”, but it’s worth stopping here for a second because there’s an intention there that’s lost in translation. During the 2001 crisis, sensationalist media loved to show images of common looting taking place (people taking stuff out of supermarkets – if it’s a big TV, all the better). The title of the film subverts this common usage of the word “looting” in this context, to direct it to the systematic looting of the national riches by the ruling classes, as explained below.

Quote:
An eclectic group of actors struggle to save their theater from being demolished and replaced with a shopping mall. Max, the leader of the troupe, is a workaholic director who abandoned his family to build his career and is forced to confront the daughter he deserted. Then there is Enrique, the playwright-poet who is reduced to pawning his belongings to sustain his livelihood when his state pension is severed. Finally, there is Fulo who is driven to succeed so that she can bring her daughter from Rio de Janeiro. END_OF_DOCUMENT_TOKEN_TO_BE_REPLACED

The dictatorship forced thousands of Argentines to leave their country and settle in different corners of Europe. This film follows the daily routine of a community of Argentine exiles in Paris. While waiting to return to Argentina, the days pass and liven up the wait with the tangos, which were the exile of Gardel and now represent the only connection of these people with the land that saw them born. END_OF_DOCUMENT_TOKEN_TO_BE_REPLACED