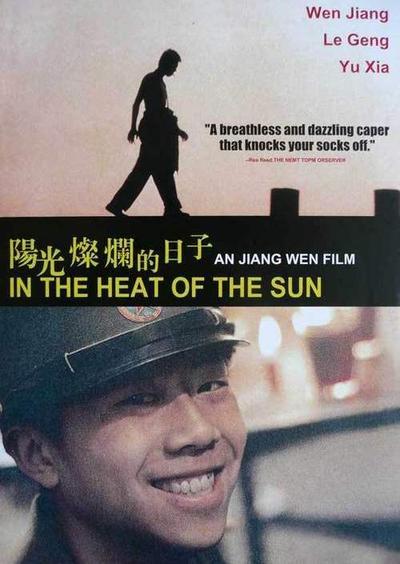 Quote:
Beijing, the Seventies. Now that the Cultural Revolution has driven most adults to the provinces, 14-year old Monkey and his pals have free reign over the city. They hang around, get up to no good and discover that unsolvable mystery more commonly referred to as ‘girls’.

In the Heat of the Sun is a beautifully shot semi-autobiographical coming-of-age story where the ostensible nostalgia is undercut by an ironic narrator, who keeps blurring the line between what’s real and what may be imagined (“Wait, maybe it didn’t happen that way,…”). It’s a movie not just about memories, but also about the act of remembering and on how difficult that is, in a city which constantly re-builds itself from the ground up, in a country which constantly rewrites its own history. END_OF_DOCUMENT_TOKEN_TO_BE_REPLACED

A woman married to the brutal and infertile owner of a dye mill in rural China conceives a boy with her husband’s nephew but is forced to raise her son as her husband’s heir without revealing his parentage in this circular tragedy. END_OF_DOCUMENT_TOKEN_TO_BE_REPLACED

Summary:
“Country boy Shuisheng (Wang Xiaoxiao) is brought to 1930s Shanghai by his uncle who wants the boy to become a member of the powerful gang ruled by manipulative Tang (Li Baotian). In fact, Shuisheng will serve Tang’s capricious mistress Bijou (Gong Li), a nightclub singer whom the boss proclaimed “the Queen of Shanghai.” When the boy’s uncle and the gang’s several other members die during a rival gang’s unsuccessful attempt on Tang’s life, the latter retreats to a remote small island, taking both Bijou and Shuisheng with him and thinking of revenge. The film’s English-language title is a little bit deceiving (the original Chinese title translates to “Row, Row, Row to Grandmother’s Bridge,” a line in Tang’s favorite song performed by Bijou), as this drama centers more on the boy’s coming of age and Bijou’s disillusionment than on Shanghai gang wars. The film is slow-paced and sometimes lacks a narrative drive, but Zhang Yimou’s images are striking as ever and Gong Li’s beauty shines throughout.” -AMG END_OF_DOCUMENT_TOKEN_TO_BE_REPLACED

An old leper who owned a remote sorghum winery dies. Jiu’er, the wife bought by the leper, and her lover, identified only as “my Grandpa” by the narrator, take over the winery and set up an idealized quasi-matriarchal community headed by Jiu’er. When the Japanese invaders subject the area to their rule and cut down the sorghum to make way for a road, the community rises up and resists as the sorghum grows anew. END_OF_DOCUMENT_TOKEN_TO_BE_REPLACED 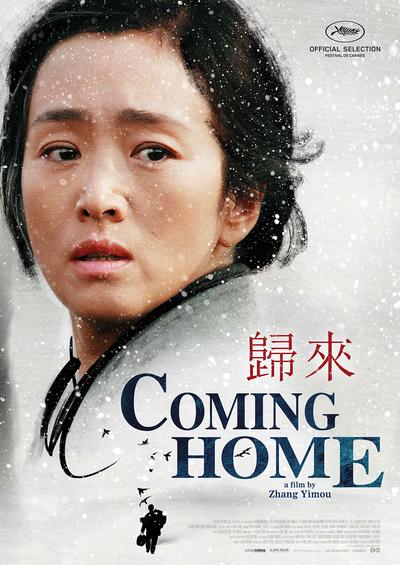 Quote:
The story is adapted from the novel The Criminal Lu Yanshi (simplified Chinese: 陆犯焉识; traditional Chinese: 陸犯焉識) written by Yan Geling. Lu Yanshi had been a professor before being sent to the labour camp (laogai, literally “reform through labor”) during the Cultural Revolution. He escapes from the labour camp in faraway northwest Xining to make his way back to his long-missed wife Feng Wanyu and daughter Dandan. Dandan is a teenage ballerina, and is prevented from playing the lead role due to her father’s outlaw status. So when she stumbles across her father trying to hide in their apartment building to meet her mother, she reveals his presence to the police, and the police are therefore waiting to arrest him when he tries to meet his wife. Lu is captured, his wife is injured in the scuffle, and Dandan is awarded a supporting role in the ballet. After the end of the Cultural Revolution, Lu comes home to find his family broken: his wife suffers from amnesia resulting from her injury, and she blames Dandan for having reported her father, and meanwhile Dandan has given up ballet and works in a textile factory. END_OF_DOCUMENT_TOKEN_TO_BE_REPLACED

A young Japanese film maker is in hospital in Tokyo. His estranged father tries to visit, but the son refuses to see him. So, as a gesture of reconciliation, the father decides to go to China to complete the filming of a Chinese opera, called “Riding Alone for Thousands of Miles,” which the son was working on but unable to finish. END_OF_DOCUMENT_TOKEN_TO_BE_REPLACED

Review (Roger Ebert, Chicago Sun-Times)
To Live is a simple title, but it conceals a universe. The film follows the life of one
family in China, from the heady days of gambling dens in the 1940s to the austere
hardship of the Cultural Revolution in the 1960s. And through all of their fierce struggles
with fate, all of the political twists and turns they endure, their hope is basically one
summed up by the heroine, a wife who loses wealth and position and children, and
who says, “All I ask is a quiet life together.” The movie has been directed by Zhang
Yimou, the leading Chinese filmmaker right now (although this film offended Beijing and
earned him a two-year ban from filmmaking). It stars his wife, Gong Li, the leading
Chinese actress (likewise banned). Together their credits include Ju Dou, Raise the Red
Lantern and The Story of Qui Ju. Like them it follows the fate of a strong woman, but
also this time a strong man; somehow they stick together through incredible hardships.
END_OF_DOCUMENT_TOKEN_TO_BE_REPLACED