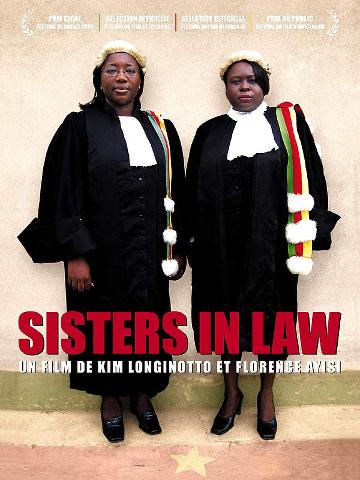 Two legal crusaders from Kumba, Cameroon, determined to see that justice is served and make a difference from within the system, are the focus of this documentary from filmmakers Kim Longinotto and Florence Ayisi. Vera Ngassa is a prosecutor unafraid to take on unpopular causes, and Beatrice Ntuba is a judge who doesn’t hide her outrage when a case rubs her the wrong way. Unlike many legal workers, Ngassa and Ntuba vow to actively include themselves in the lives of those who seek justice. From the caring consideration shown to a young girl who has obviously suffered abuse at the hands of her parents to the noble support shown to a battered Muslim woman brave enough to take her husband to court for spousal abuse, the support shown by Ntuba and Ngassa to their clients is unparalleled, and offers a ray of hope to those who may feel that all is lost. END_OF_DOCUMENT_TOKEN_TO_BE_REPLACED