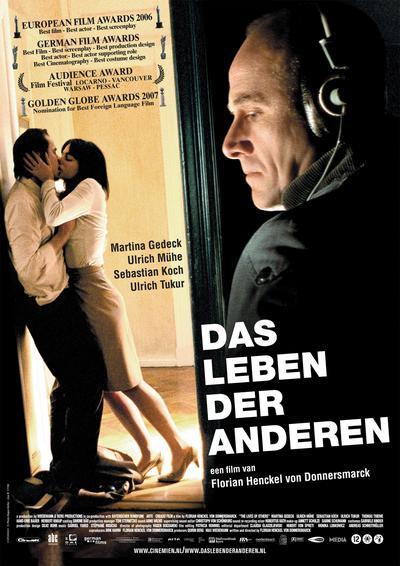 Quote:
“I’m your audience,” Ulrich Mühe confesses to an actress in a bar somewhere in the middle of The Lives of Others (Das Leben der Anderen), and he means it in two ways: one, he has seen her perform on the stage but two, he is a member of the Stasi, the secret police arm of the East German government whose stated goal is “to know everything”, and he has been keeping her and her playwright boyfriend under surveillance for some time. The Lives of Others is concerned with three things: ostensibly and obviously it tackles the effects of government oppression, specifically on the lives of artists, but on a subtler level it also addresses the transformative power of art and how our ordinary lives can be interpreted as narrative. END_OF_DOCUMENT_TOKEN_TO_BE_REPLACED