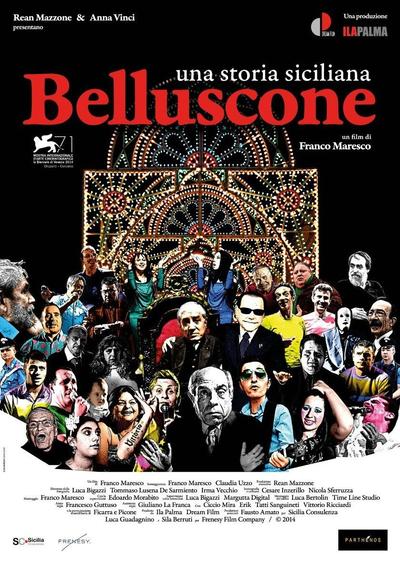 The film critic Tatti Sanguineti arrives in Palermo to find out what has happened to Franco Maresco’s unfinished movie: Belluscone. Una storia siciliana. A film that was supposed to tell the story of the unique relationship between Berlusconi and Sicily through the misadventures of the Palermitan impresario of Neapolitan “neomelodic” singers and organizer of street festivals, Ciccio Mira—an undaunted supporter of Berlusconi, nostalgic for the old days’ Mafia— and two artists in his stable, Erik and Vittorio Ricciardi, who perform in the squares of Palermo a song entitled “Vorrei conoscere Berlusconi” (“I Want to Meet Berlusconi”). The film focuses on three failures: the political and human one of a Berlusconi now on the wane; that of the unfortunate and “slapdash” Ciccio Mira, rooted in an old but tenacious culture; and finally, the artistic one of the director, who chooses to disappear after realizing that tilting at political windmills is pointless, in a country that has long identified with Berlusconian “culture” and probably continues to do so.
END_OF_DOCUMENT_TOKEN_TO_BE_REPLACED