Quote:
Mr. Smith Goes to Washington (1939) is producer/director Frank Capra’s classic comedy-drama, and considered by many to be his greatest achievement in film (and reminiscent of his earlier film, Mr. Deeds Goes To Town (1936)). [In fact, the film project by Columbia was first announced as Mr. Deeds Goes to Washington starring Gary Cooper, in a role similar to his previous Longfellow Deeds character.] END_OF_DOCUMENT_TOKEN_TO_BE_REPLACED

Synopsis:
The American missionary Megan Davis arrives in Shanghai during the Chinese Civil War to marry the missionary Dr. Robert Strife. However, Robert postpones their wedding to rescue some orphans in an orphanage in Chapei section that is burning in the middle of a battlefield. While returning to Shanghai with the children, they are separated in the crowd, Megan is hit in the head and knocked out, but is saved by General Yen and brought by train to his palace. As the days go by, the General’s mistress Mah-Li becomes close to Megan and when she is accused of betrayal for giving classified information to the enemies, Megan asks for her life. END_OF_DOCUMENT_TOKEN_TO_BE_REPLACED

Synopsis:
Longfellow Deeds lives in a small town, leading a small town kind of life – including playing the tuba in the town band. When a relative dies and leaves Deeds a fortune, Longfellow picks up his tuba and moves to the big city where he becomes an instant target for everyone from the greedy opera committee to the sensationist daily newspaper. Deeds outwits them all until Babe Bennett comes along. Babe is a hot-shot reporter who figures the best way to get close to Deeds is to pose as a damsel in distress. When small-town boy meets big-city girl anything can, and does, happen. END_OF_DOCUMENT_TOKEN_TO_BE_REPLACED Quote:
It Happened One Night (1934) is one of the greatest romantic comedies in film history, and a film that has endured in popularity. It is considered one of the pioneering “screwball” romantic comedies of its time, setting the pattern for many years afterwards along with another contemporary film, The Thin Man (1934). END_OF_DOCUMENT_TOKEN_TO_BE_REPLACED 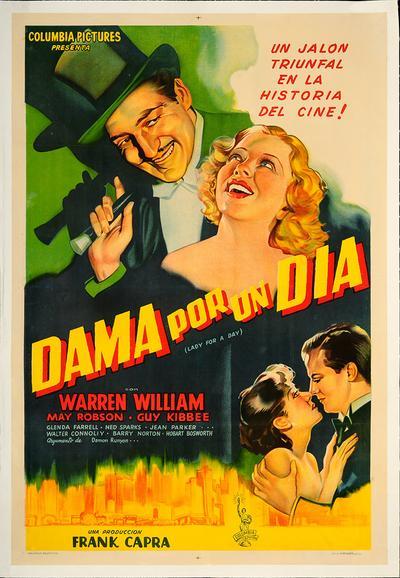 Synopsis:
Apple Annie is an indigent woman who has always written to her daughter in Spain that she is a member of New York’s high society. With her daughter suddenly en route to America with her new fiancé and his father, a member of Spain’s aristocracy, Annie must continue her pretense of wealth or the count will not give his blessing. She gets unexpected help from Dave the Dude, a well-known figure in underground circles who considers Annie his good luck charm, and who obtains for her a luxury apartment to entertain the visitors – but this uncharacteristic act of kindness from a man with a disreputable reputation arouses suspicions, leading to complications which further cause things to not always go quite as planned. END_OF_DOCUMENT_TOKEN_TO_BE_REPLACED 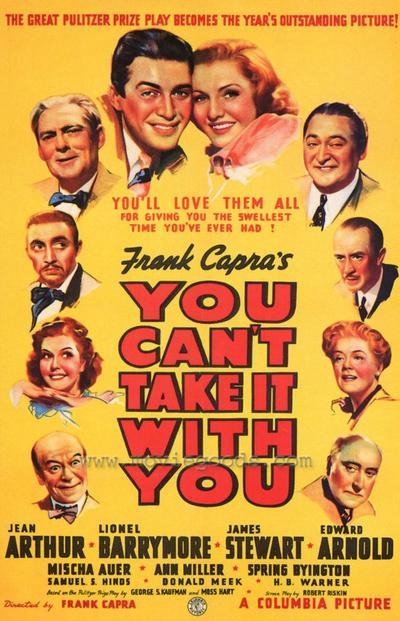 That history looms over every frame of what is one of the original quirky family dramedies, a direct ancestor of the entire genre of independent filmmaking devoted to such ventures today. It instills even the more banal, dated moments with particular resonance. One can sense in Capra’s joyful indulgence of the sheer chaotic nature of the life of the Sycamore family a fervent quest to entertain by outdoing even the most outlandish antics displayed in the film’s contemporaries, which remain some of the most memorable screwball comedies ever made. END_OF_DOCUMENT_TOKEN_TO_BE_REPLACED 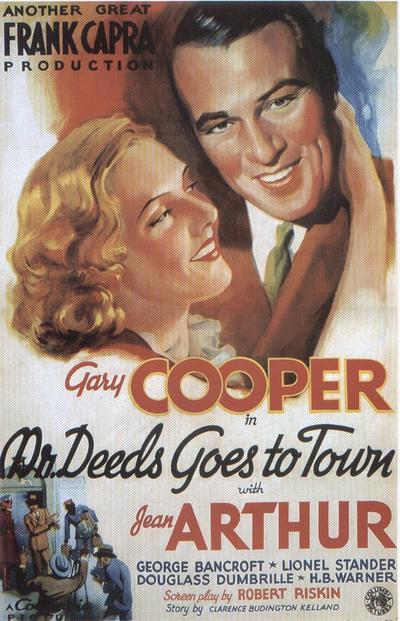 Mr. Deeds Goes to Town is a 1936 American screwball comedy film directed by Frank Capra, starring Gary Cooper and Jean Arthur in her first featured role. Based on the 1935 short story “Opera Hat” by Clarence Budington Kelland, which appeared in serial form in the Saturday Evening Post, the screenplay was written by Robert Riskin in his fifth collaboration with Frank Capra.
END_OF_DOCUMENT_TOKEN_TO_BE_REPLACED