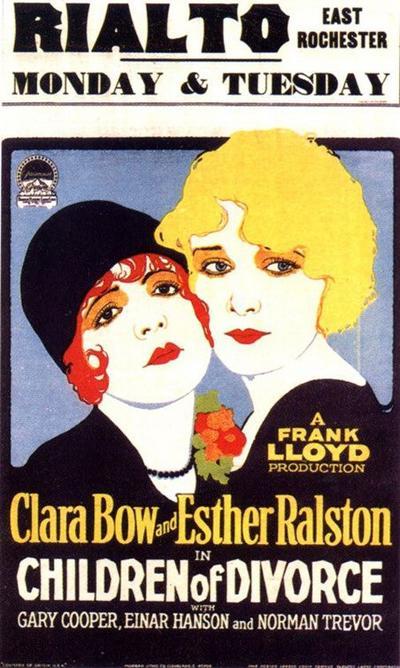 Synopsis wrote:
A young flapper tricks her childhood sweetheart into marrying her. He really loves another woman, but didn’t marry her for fear the marriage would end in divorce, like his parents’. Complications ensue.

aclassicmovieblog wrote:
To contemplate Clara Bow and Gary Cooper together onscreen is to fear these irresistibly watchable stars will cancel each other out. After all, what else could happen when two performers who consistently steal scenes in other films appear with each other? In the 1927 silent Children of Divorce, nothing quite that dramatic happens, it’s pure pleasure to see them together. Now the film is available in its DVD/Blu-ray world premiere, in what is also the 50th release for the always meticulous Flicker Alley. END_OF_DOCUMENT_TOKEN_TO_BE_REPLACED