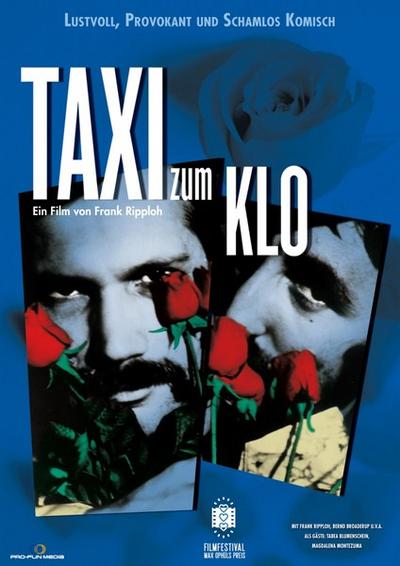 Quote:
In this autobiographical feature, Frank Ripploh plays himself: a German elementary-school instructor who lives a double life in his beloved Berlin, socializing with his fellow teachers only when he has to, and venturing into a world of anonymous sex whenever he can. In-between bathroom encounters and trips with his colleagues to the bowling alley, Ripploh manages to forge a steady relationship with a handsome, sad-eyed theater manager named Bernd Broaderup. As Ripploh’s sexual ardor for Broaderup gives way to a wandering eye, and Broaderup begins pressuring Ripploh to give up the city and its many temptations, the couple’s relationship replays a scene that was occurring in urban areas across the world and was satirized in such cultural snapshots as the Larry Kramer novel Faggots. Ripploh, who wrote, directed, and starred in Taxi Zum Klo, which, unlike most German films at the time, received no state funding, saw the picture become an international art-house hit after it played at 1981’s New York and Berlin film festivals. END_OF_DOCUMENT_TOKEN_TO_BE_REPLACED