IMDB says:
Anna a young girl is thought of having the ability to heal people mysteriously. Elisabeth a middle aged aristocratic woman, is disabled and puts all her hopes in meeting Anna and having her disability heal by her. END_OF_DOCUMENT_TOKEN_TO_BE_REPLACED

Here’s a film that’s very rare and had no commercial exposure after the war due to the sad fact that the last 8 minutes have only survived without any sound. The copy isn’t perfectly sharp and has a timecode.
Nevertheless it might be quite interesting to see another pairing of Sybille Schmitz and director Frank Wysbar from Fährmann Maria fame. Here Schmitz play a mysterious woman who is down and out as a singer in cheap bars before she meets a scientist and hopes again for a future, being slowly reborn again again. However we all know that it is for naught because the film starts with her body in the morgue. END_OF_DOCUMENT_TOKEN_TO_BE_REPLACED

IMDB Says:
Based on the real story of an East German machinist, disenchanted by the building of the Wall, who plans to use a train to cross the border with family members and other disaffected citizens. END_OF_DOCUMENT_TOKEN_TO_BE_REPLACED

Synopsis:
Set just outside Stalingrad in the winter of 1942, this compelling wartime drama tells the tale of a contingent of German soldiers caught in a Russian vise. Headed by Gen. Paulus (Wilhelm Borchert), the other officers and foot soldiers are slowly surrounded by Russian troops on the offensive. The battles that ensue as a result of the entrapment are depicted via the experiences of individual officers and enlisted men — the full story emerges through the eyes of each of these soldiers. There is also a subsidiary tale about a friendship between a Russian woman (Sonia Zieman) and a German officer that ultimately saves the man’s life. END_OF_DOCUMENT_TOKEN_TO_BE_REPLACED 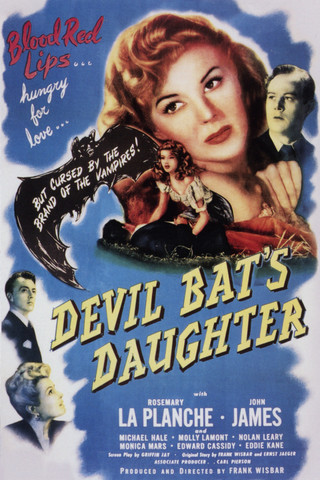 Synopsis:
Wishing to dispose of his wife, psychiatrist Doctor Elliott makes his patient Nina think that she suffers from a compulsion to kill. He drugs Nina, murders his wife and leaves evidence that points to Nina. The latter, pre-conditioned by Elliott, also thinks she is guilty. END_OF_DOCUMENT_TOKEN_TO_BE_REPLACED