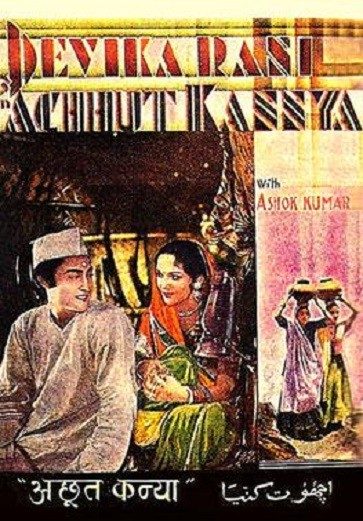 Along with Franz Osten and Himanshu Rai, Niranjan Pal was extremely important in the making of this film. A synopsis from his memoirs:

This story was about “the ill-fated love of a Brahmin boy for a scheduled caste girl. As no equivalent film title could be found for Level Crossing, Himansu agreed to Achhut Kanya much to my disgust. The film was shot, edited and readied for release in just eight weeks and turned out to be an outstanding success. The Congress leader, Pandit Jawaharlal Nehru, specially came to Bombay to see the film at the Roxy cinema and gave it unstinted praise. Devika was hailed as the Queen of the Indian screen, though Ashok Kumar was to wait for a few years before having a similar distinction.” (Such is Life), ed. Lalit Mohan Joshi and Kusum Joshi, p. 240). END_OF_DOCUMENT_TOKEN_TO_BE_REPLACED