“allmovie” wrote:
Knightriders may well be the only cycle flick ever to be played out in suits of armor. A hardcase motorcycle gang led by Ed Harris has found itself a neat money-making gimmick. Dressed as the knights of the round table, the cyclists pick up a few bucks at local “renaissance” fairs, selling handicrafts made by the more talented members of the gang. Harris’ great rival is Tom Savini, who has his own band of “black knights.” Keep an eye out for a chucklesome unbilled bit by novelist Stephen King. END_OF_DOCUMENT_TOKEN_TO_BE_REPLACED

Quote:
George Romero’s name may be synonymous with the living dead subgenre, but his filmography is far richer and more varied than his reputation as “the zombie guy” would suggest. Following the breakout success of his debut feature Night of the Living Dead, the director would embark upon a series of projects which demonstrate a master filmmaker with more than mere gut-munching on his mind.

Season of the Witch (released theatrically as Hungry Wives) follows the exploits of Joan Mitchell – a housewife who seeks to escape the confines of her humdrum suburban existence through a flirtation with witchcraft. END_OF_DOCUMENT_TOKEN_TO_BE_REPLACED

Synopsis:
George Romero does for vampires what he has already done to zombies – an intense and realistic treatment that follows the exploits of Martin, who claims to be 84 years old, and who certainly drinks human blood. The boy arrives in Pittsburgh to stay with his cousin, who promises to save Martin’s soul and destroy him once he is finished, but Martin’s loneliness finds other means of release. END_OF_DOCUMENT_TOKEN_TO_BE_REPLACED

George Romero’s 1979 sequel to Night of the Living Dead is a more accomplished and more knowing film, tapping into two dark and dirty fantasies–wholesale slaughter and wholesale shopping–to create a grisly extravaganza with an acute moral intelligence.
The graphic special effects (which sometimes suggest a shotgun Jackson Pollock) are less upsetting than Romero’s way of drawing the audience into the violence.
As four survivors of the zombie war barricade themselves inside a suburban shopping mall, our loyalties and human sympathies are made to shift with frightening ease.
Romero’s sensibility approaches the Swiftian in its wit, accuracy, excess, and profound misanthropy. END_OF_DOCUMENT_TOKEN_TO_BE_REPLACED 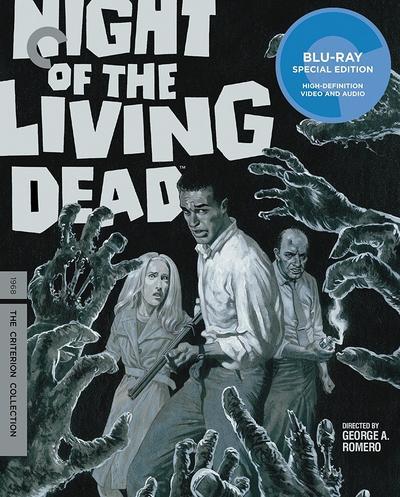 Quote:
Shot outside Pittsburgh on a shoestring budget, by a band of filmmakers determined to make their mark, Night of the Living Dead, directed by horror master George A. Romero, is a great story of independent cinema: a midnight hit turned box-office smash that became one of the most influential films of all time. A deceptively simple tale of a group of strangers trapped in a farmhouse who find themselves fending off a horde of recently dead, flesh-eating ghouls, Romero’s claustrophobic vision of a late-1960s America literally tearing itself apart rewrote the rules of the horror genre, combined gruesome gore with acute social commentary, and quietly broke ground by casting a black actor (Duane Jones) in its lead role. Stark, haunting, and more relevant than ever, Night of the Living Dead is back.

Night of the Living Dead was restored by the Museum of Modern Art and The Film Foundation. Funding provided by the George Lucas Family Foundation and the Celeste Bartos Fund for Film Preservation. END_OF_DOCUMENT_TOKEN_TO_BE_REPLACED 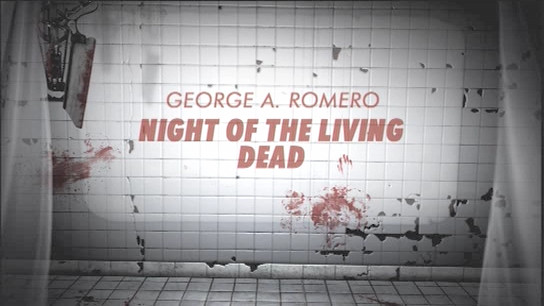 George A. Romero talks about the movie “Night of The Living Dead”. END_OF_DOCUMENT_TOKEN_TO_BE_REPLACED