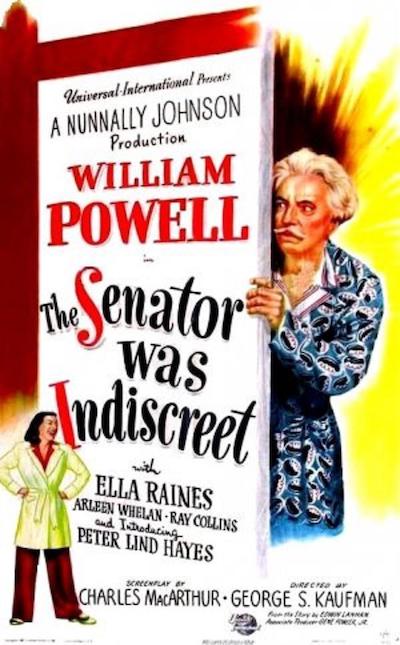 Plot Synopsis by Mark Deming
Acclaimed playwright George S. Kaufman made his directorial debut with this broad political satire. Senator Melvin G. Ashton (William Powell) is a long-time congressman for whom the phrase “dumb as a log” would be fitting if one were not afraid of insulting the trees. After more than twenty years of representing his clueless constituents, Ashton decides to take a shot at the presidential race, and hires Lew Gibson (Peter Lind Hayes) is his press agent. Party topkick Dinty (Charles D. Brown) considers Ashton an utterly hopeless candidate, especially after he begins making fantastic campaign promises no one could possibly keep, but Ashton turns out to be a bit more shrewd than expected. END_OF_DOCUMENT_TOKEN_TO_BE_REPLACED