Description: Directed by George Schaefer, this light made-for-television drama is based upon the novel of the same name by Robert Oliphant. Starring Bette Davis as Esther Cimino, a 73-year-old widow, the film traces the events following Esther’s son George’s (George Hearn) decision that she is no longer capable of caring for herself in her elderly state. Despite her protests, Esther is ruled incompetent by the legal system, leading her to wage a court battle to regain not only her estate but her dignity as well. Also starring Penny Fuller and Christopher Guest, A Piano for Mrs. Cimino first aired on February 3, 1982 on CBS and was later nominated for an Emmy for Outstanding Film Editing. END_OF_DOCUMENT_TOKEN_TO_BE_REPLACED 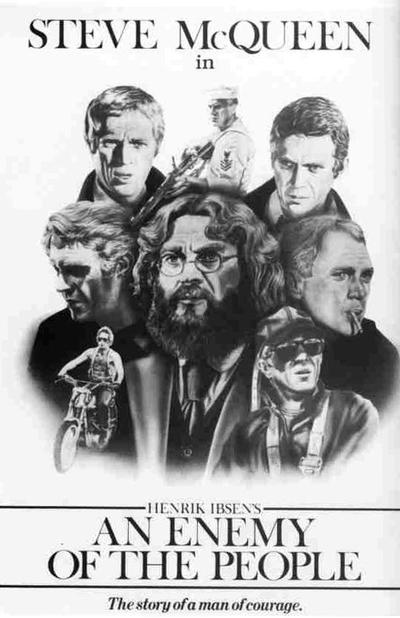 Synopsis:
Based on a play by Henrik Ibsen. A small forest town is trying to promote itself as a place for tourists to come enjoy the theraputic hot springs and unspoiled nature. Dr. Stockmann, however, makes the inconvenient discovery that the nature around the village is not so unspoiled. In fact, the runoff from the local tanning mill has contaminated the water to a dangerous degree. The town fathers argue that cleaning up the mess would be far too expensive and the publicity would destroy the town’s reputation, so therefore news of the pollution should be suppressed. Dr. Stockmann decides to fight to get the word out to the people, but receives as very mixed reaction. END_OF_DOCUMENT_TOKEN_TO_BE_REPLACED