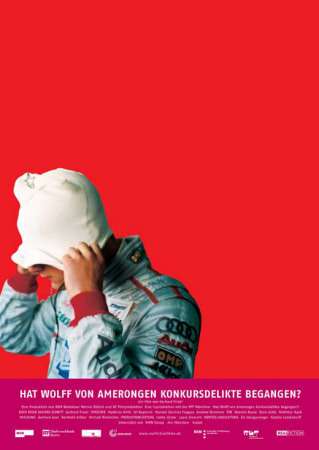 Quote:
The most remarkable discovery in recent German-language cinema: Gerhard Friedl’s first feature is a hypnotic visual puzzle at the interface of documentary, essay film and pulp fiction. On the soundtrack: an unflinchingly ‘objective’ account of the labyrinthine genealogies, criminal involvements and afflictions of Germany’s economic leaders in the 20th century. On the screen: pans and tracking shots through European financial centres, production sites and landscapes. The sheer depth and crispness of these images is a treat in itself; a transformation into cinégénie of what artists like Candida Höfer or Jeff Wall have done by means of still photography. At times, image and sound are aligned, at others they just miss each other. They invariably suggest correlations. Paranoia? Irony? Can the prosaic, criminal state of affairs of a modern economy be depicted at all? Pierre Rissient, the French film historian, puts the film where it belongs: “Fritz Lang would have loved it!” END_OF_DOCUMENT_TOKEN_TO_BE_REPLACED