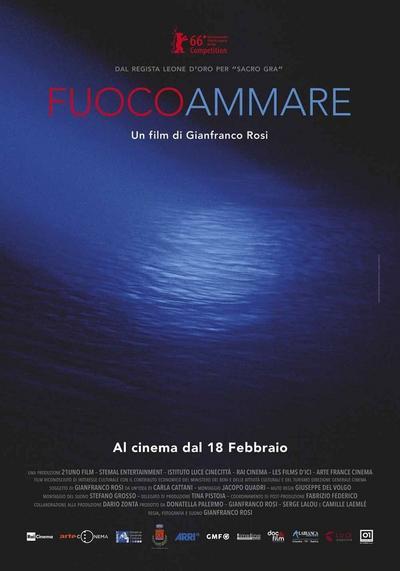 Quote:
Even if they were bringing the bodies of dead migrants ashore a few minutes from where you live, you’d still brew up coffee and cook dinner with the radio on. Your kids would still do their homework and get to school in the morning. Life would go on – not necessarily oblivious to the crisis unfolding on your doorstep, but existing at some remove from it. That’s the troubling situation revealed in documentarian Gianfranco Rosi’s portrait of the current migrant crisis as visited upon the tiny island of Lampedusa, a little corner of Italy whose proximity to north Africa has made it the first European port of call for some 400,000 migrants in the past 20 years. END_OF_DOCUMENT_TOKEN_TO_BE_REPLACED

Storyline
Situated some 200km off Italy’s southern coast, Lampedusa has hit world headlines in recent years as the first port of call for hundreds of thousands of African and Middle Eastern migrants hoping to make a new life in Europe. Rosi spent months living on the Mediterranean island, capturing its history, culture and the current everyday reality of its 6,000-strong local population as hundreds of migrants land on its shores on a weekly basis. The resulting documentary focuses on 12-year-old Samuele, a local boy who loves to hunt with his slingshot and spend time on land even though he hails from a culture steeped in the sea. END_OF_DOCUMENT_TOKEN_TO_BE_REPLACED