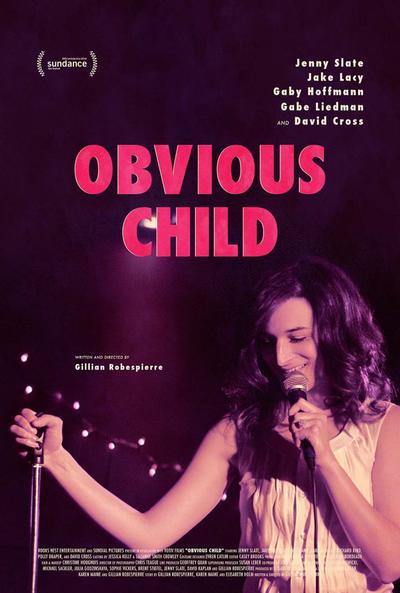 quote:
Gillian Robespierre’s Obvious Child managed two great feats in one film: it announced Jenny Slate as a strong actor to watch and, more importantly, turned in a great romantic dramedy surrounding the topic of abortion. The film wasn’t a polemic or political diatribe, nor did it toss off the subject matter flippantly. Instead, Obvious Child addressed various aspects of love, modern adulthood, and the implications of parenthood and abortions with aplomb. As written by Robespierre, the film was as light and hilarious as could be expected while doing an impressive balancing act by being sensitive to the realistic decisions women face. It helped too that the cast turned in performances perfectly in keeping with the tone of the film: they were sad without being soul-wrenchingly sad and funny without being glib or quirky about it. But above all else, Slate’s performance and Robespierre’s film were pleasingly human.
-TinyMixTapes (#20 on their “Favorite 30 Films of 2014” list) END_OF_DOCUMENT_TOKEN_TO_BE_REPLACED