Unfinished documentary about the “March of the 100,000”, driven by the student movement against brazilian dictatorship in 1968. Glauber directed with “Antonio das Mortes'” cinematographer, Affonso Beatto. A mysterious film. END_OF_DOCUMENT_TOKEN_TO_BE_REPLACED

Quote:
After killing his employer when said employer tries to cheat him out of his payment, a man becomes an outlaw and starts following a self-proclaimed saint.

Reehan Miah wrote:
Glauber Rocha’s Aesthetics of Hunger – a 1965 essay which attempts to explicate the Cinema Novo – reads like a convoluted mass of allegations, opacities and rhetoric (none of which are necessarily without substance). Somewhere within these imbroglios however, one stumbles upon an assertion that’s especially jarring: END_OF_DOCUMENT_TOKEN_TO_BE_REPLACED

Rocha’s first film, a denunciation of exploitation and the superstition that helps maintain it; an exploration of ‘macumba’, the mixture of Christianity and African tribal religion whose superstition aids the successful subjugation and exploitation of the fishermen in the Bahia province.

Review from NY Times:
LEAD: ”BARRAVENTO” (”The Turning Wind”), opening today at the Public Theater, is the first feature by the highly regarded Brazilian director Glauber Rocha, who died at the age of 42 in 1981. The film, made in 1961, is about the efforts of Firmino, part revolutionary, part devil, to free the fishermen in his native END_OF_DOCUMENT_TOKEN_TO_BE_REPLACED

The day that Pier Paolo Pasolini was killed, Glauber Rocha decided to make this film about the life of Christ in the Third World. Starting from a dialectical synthesis between capitalism and socialism, and a search of interracial relationships in Brazil, Rocha created a work of religious and prophetic tone that results in a kind of bewilderment contemplative, now lyrical, now frantic, soaked in a new messianism. In his last film, the director proposed a tune of sounds and images that build a picture of Brazil and a portrait of himself. END_OF_DOCUMENT_TOKEN_TO_BE_REPLACED

Period piece about a Brazil that is no more. This movie is the sequel to “God and the Devil in the Land of the Sun” (Deus e o diabo na terra do sol), and takes place 29 years after Antonio das Mortes killed Corisco (the “Blond Devil”), last of the Cangaceiros. In “the old days”, Antonio’s function in life was exterminate these bandits, on account of his personal grudges against them. His life had been meaningless for the last 29 years, but now, a new challenge awaits him. When a Cangaceiro appears in Jardim Das Piranhas, the local Land Baron (Jofre Soares), an old man, does what seems obvious to him: he calls Antonio das Mortes, killer of Cangaceiros. At first, Antonio is ecstatic. His life has gained new meaning. But soon it becomes obvious that this new Cangaceiro (named Coirana) is no Corisco, but an idealist. An idealist of the sixties in the garb of the forties. A leader to the hopeless and the hungry. Antonio das Mortes begins to reconsider his feelings towards Coirana and his followers… END_OF_DOCUMENT_TOKEN_TO_BE_REPLACED 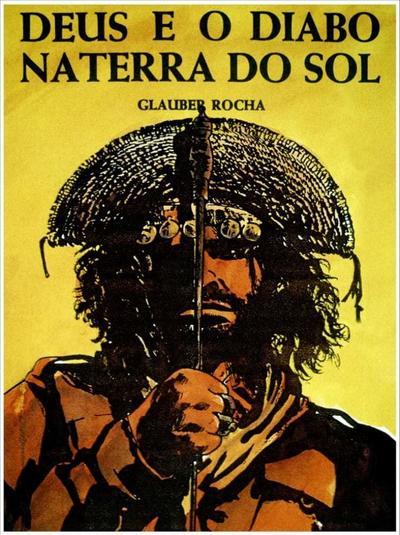 Glauber Rocha was 25 years old when he wrote and began to direct the film. END_OF_DOCUMENT_TOKEN_TO_BE_REPLACED 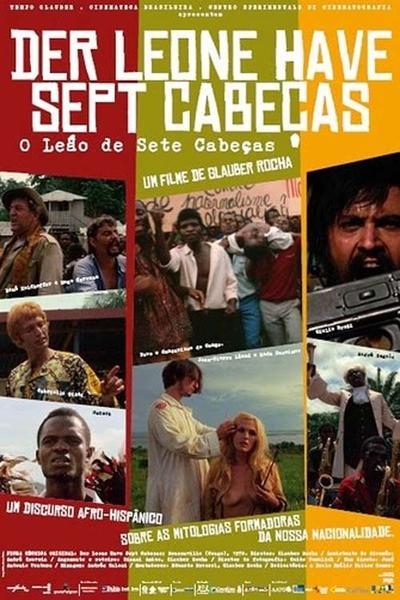 ın a African country, the people decides to take arms for the revolution, but the white, defended by mercenaries and commanded by a American agent, will defend the interests of capitalists and of Marlene, “the owner of the country”. END_OF_DOCUMENT_TOKEN_TO_BE_REPLACED