This film is loosely based on Goethe’s Dr. Faustus. It’s the second feature that Gonzalo Suárez made, when he still was a member of the Barcelona School (Escuela de Barcelona). The Barcelona School was a 1960s group of Catalan filmmakers, concerned with the disruption of daily life by the unexpected, whose stylistic affinities lie with the pop art movement of the same years and with the French Nouvelle Vague. Among their members: Joaquin Jordà, Jacinto Esteva, José María Nunes, and also, at the begining of their career, Vicente Aranda and Gonzalo Suárez. END_OF_DOCUMENT_TOKEN_TO_BE_REPLACED

An aged and powerful magnate is dying. He offers Laura, his young and beautiful mistress, a birthday gift; a sophisticated display of virtual reality in which he will “come to life” for her after his death. But Laura much prefers that her mother, the Duchess, who has taken her place in the magnate’s heart and bed, dies instead. END_OF_DOCUMENT_TOKEN_TO_BE_REPLACED 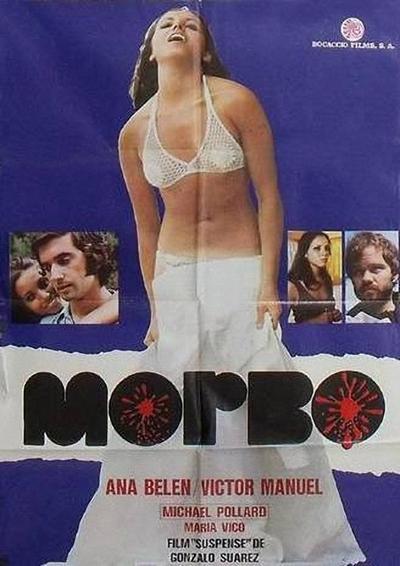 This Spanish thriller by dilettante director Gonzalo Suarez tells the story of two newlyweds and the uncanny happenings that attend their low-budget honeymoon. For much of the film the audience is treated to scenes of freshly-married bliss. The couple have parked their car/camper combination in a remote area, and generally frolic around. Then they begin to experience some odd occurrences, such as one of their two hamsters killing the other one. When hubby discovers a nearby home where he can get water, the story gets much more complicated and involves a blind woman, a murderer, and some inexplicable symbolism. END_OF_DOCUMENT_TOKEN_TO_BE_REPLACED