Synopsis:
The film interprets a story from the Uttara Kanda of the epic poem Ramayana, where Rama sends his wife, Sita, to the jungle to satisfy his subjects. Sita is never actually seen in the film, but her virtual presence is compellingly evoked in the moods of the forest and the elements. The film retells the epic from a feminist perspective, and is about the tragedy of power and the sacrifices that adherence to dharma demands, including abandoning a chaste wife. END_OF_DOCUMENT_TOKEN_TO_BE_REPLACED

Quote:
Aravindan’s finest b&w film chronicles three days with a circus in a small town in Kerala. A series of high-angle shots, as the circus drives into its new location, introduce us to the village. Several sequences use a remarkable quasi-documentary effect combined with minutely choreographed action e.g. the sunset as the manager (Gopi) directs the raising of the big top. The episodic film tells of a soldier who befriends the circus strong man in a toddy bar and shows how the bizarre characters from the circus including the dwarf merge with the local populace. END_OF_DOCUMENT_TOKEN_TO_BE_REPLACED

After Kanchana Seeta (1977), the mythical dimension of Aravindan’s cinema acquires a quasi-real, quasi-mythical character in Esthappan (1980). Esthappan is a mysterious figure, allegedly immortal, in a Christian fishing village in Kerala. An enigmatic figure defying spatiotemporality, like many others in Aravindan’s films, Esthappan resides at the periphery of society. Although a more earthly version of Kummatty (the subject of Aravindan’s previous film), all manner of virtues and magical powers are ascribed to the Christ-like worker of miracles (including printing his own money and drinking whisky without getting drunk). END_OF_DOCUMENT_TOKEN_TO_BE_REPLACED

Chidambaram (Malayalam) is a 1985 Malayalam film written, directed and produced by G. Aravindan. It is the film adaptation of a short story by C. V. Sreeraman.The film explores various aspects of relations between men and women through the lives of three people living in a cattle farm. Themes of guilt and redemption are also dealt with. Bharath Gopi, Smita Patil, Sreenivasan and Mohan Das play the lead roles. It won the National Film Award for Best Feature Film and five Kerala State Film Awards including Best Film and Best Direction. END_OF_DOCUMENT_TOKEN_TO_BE_REPLACED

Govindan Aravindan – Oridathu AKA And Then There Was a Village (1986) Synopsis:
Set in a remote part of Travancore-Cochin, Oridathu tells the story of a village where electricity arrives for the first time. The villagers find this modern innovation as a threat to their natural way of life, accustomed to more earthy resources of energy. The film depicts the narrow mindedness and hypocrisies of village lives with humour. The film reaches a conclusion that life is better without electricity and also condemns cinema as a legitimate means of expression. END_OF_DOCUMENT_TOKEN_TO_BE_REPLACED

Govindan Aravindan – Kummatty AKA The Bogeyman (1979) 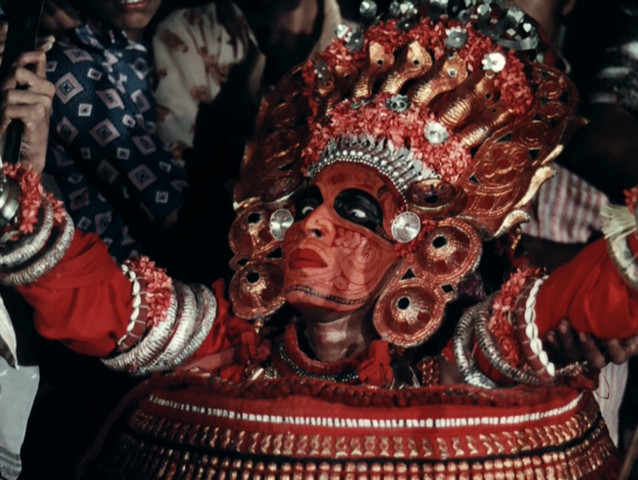 Kummatty is adapted from a Central Kerala folk tale about a partly mythic and partly real magician called Kummatty. Kummatty travels from place to place and entertain children with dancing, singing and performing magic. At one such performance at a village, Kummatty turns a group of children into animals. But one boy, who was changed into a dog, is chased away and misses the moment Kummatty changed the children back to their human form. The dog-boy has to wait a year until Kummatty returns to the village to get back his human form. Aravindan claimed Kummatty to be his personal favourite film. Kummatty won the State award for best children’s film. END_OF_DOCUMENT_TOKEN_TO_BE_REPLACED 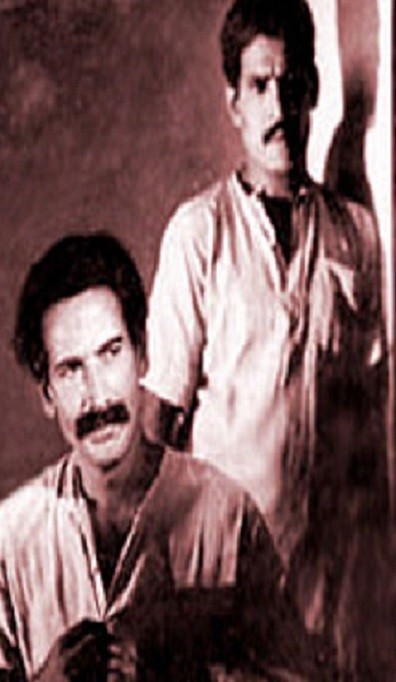 Quote:
Aravindan’s debut extended a 60s Calicut modernism into cinema, drawing on the work of the writer Pattathiruvila Karunakaran, who produced the film, and the satirical playwright Thikkodiyan, who co-scripted it. The plot is about a disabused young man, Ravi, who has a series of ironic encounters while looking for a job. One of his mentors, Kumaran Master, and his now critically ill friend Setu had participated in the 1942 Quit India agitations with Ravi’s father (shown in flashback). The lawyer Gopalan Muthalaly, also a participant in those events, has become a rich contractor and an example of the corrupt post-Independence bourgeoisie. Ravi abandons the city and, in a mystical ending, is initiated into ‘eternal truths’ by a godman meditating on a mountain. The figures of the father and the ailing friend form a composite portrait of Sanjayan, a political activist, spiritualist and satirist, and major influence on the Calicut artists who participated in the film. Aravindan’s approach to his lead characters and his framing evoke the cartoon characters Ramu and Guruji from his Small Man and Big World series END_OF_DOCUMENT_TOKEN_TO_BE_REPLACED