Quote:
“Through and Through” is a legendary feature focusing on radicalization of cinematic language. The film transgresses traditional methods of narrative construction, which is characteristic of its genre. This non-conentional treatment of the cinematic form places this film somewhere between experimental art and cinema, in a domain that does not properly belong to either field. Krolikiewicz’s radical debut is representative of his parallel pursuits – as a filmmaker as well as film theorist – and employs his crucial theory of “out – of – frame cinematographic space.” The first film in his trilogy (together with Dancing Hawk and Endless Claims), which portray typical Polish anti-heroes imprisoned by reality, “Through and Through” criticizes the nihilism and depravity created by the socio-political system. END_OF_DOCUMENT_TOKEN_TO_BE_REPLACED 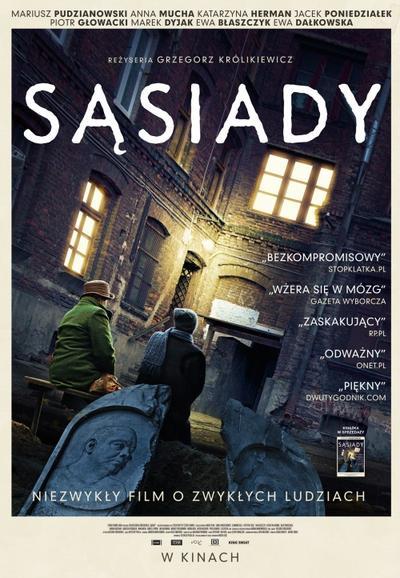 Quote:
The setting is a run-down tenement house—a so-called famuła, characteristic of the city of Łódź—and several incidents—both humorous and terrifying—involving the building’s tenants: some people want to earn the respect of their neighbors by beating each other up; an altruistic housewife with two hearts makes a donation to someone in need. The residents include a priest built like an MMA fighter, a charming prostitute, and a man planning to commit suicide. END_OF_DOCUMENT_TOKEN_TO_BE_REPLACED