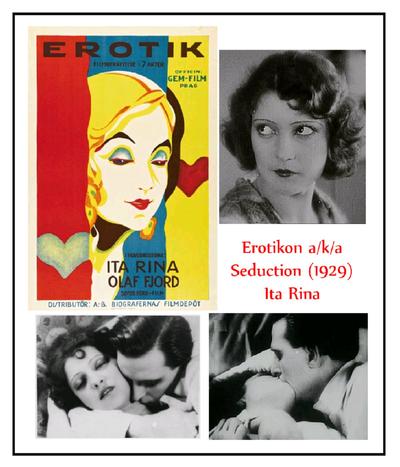 IMDb user comments:
75 years after the release of EROTIKON, I had a chance to see it in a modern cinema in Wroclaw (Poland). The wonderful experience was intensified by the live background music played by the members of Prague Archa theater. It was a lovely return to the end of silent era, the year 1929. The film EROTIKON, made by Gustav Machaty, caused controversy among the audiences of that time. What particularly shocked them was the way the director showed love scenes. Some admired it, some condemned it and, as a result, it was underrated and lost for years. Fortunately, the copy was found in the 1980s and restored for today’s audience who can admire the genius of Machaty. END_OF_DOCUMENT_TOKEN_TO_BE_REPLACED