Guy Debord’s landmark cinematic analysis of consumer society is based on his influential sociological book “La société du spectacle” (1967). Debord was a leading member of the avant-garde art movement ‘Situationist International’. This cinematic essay uses their method of ‘détournement’ to decontextualize and rearrange preexisting audiovisual materials and texts to critizise them and create new meaning. The result is a subversive collage of ideological (moving) images from socialist and capitalist societies that are presented here as artefacts of a global media ‘spectacle’: Social relations between people are mediated by artificial images and false representations that transform humans into mere passive consumers and ‘spectators’ of their alienated existence. Guy Debord’s motivation was to create a radical social critique and a disruptive, anti-illusionist cinema as an antidote and revolutionary tool against the dominant cultural and sociopolitical forces of his time. END_OF_DOCUMENT_TOKEN_TO_BE_REPLACED

This film by Guy E. Debord is based on his 1967 book of the same title both of which convey ideas about the consumer capitalism’s mode of production and the effects on everyday life. Though both sources use a different means of communication they both powerfully convey the ideas of the situationists. I wont rant on about the ideas contain within this film which are quite profound and have influenced heavily on the Anti-Capitalist movement and post-structuralism through thinkers like Jean Baudrillard. The structure of the film itself is a series of shots from Hollywood films to soviet “collective hero” film experiments to soft-core porn(nothing past topless) to archival footage of historical events(e.g. May 68 revolt in France) and representations of everyday life. END_OF_DOCUMENT_TOKEN_TO_BE_REPLACED 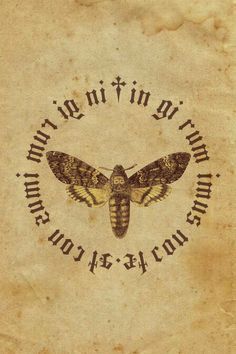 Quote:
Guy Debord’s final film, In girum imus nocte et consumimur igni (1978) (a Latin palindrome meaning ‘We go round and round in the night and are consumed by fire’), is structured as a dual reflection on the misery of (then) contemporary cinema, and the memory of those revolutionary moments that might have led to another cinema. The central image of the film is the charge of the light brigade, from Michael Curtiz’s 1936 film of the name, which figures the adventure of the Situationists. This is not simply an image of heroic futility, but the image of the evanescent eruption of the Situationists into history. In his commentary Debord argues that the film is organized by two elemental themes: water, as the representation of the flowing time, and fire, as the representation of momentary brilliance, in which water always drowns out this ‘fire.’ While it would be quite possible to give this a quasi-mystical reading it is, in fact, deeply political. END_OF_DOCUMENT_TOKEN_TO_BE_REPLACED