Quote:
Legendary filmmaker Hal Ashby (Coming Home, 8 Million Ways to Die) makes his directing debut with this acclaimed social satire starring Beau Bridges (The Hotel New Hampshire) as a wealthy young man who leaves his family’s estate in Long Island to pursue love and happiness in a Brooklyn ghetto. When Elgar Enders (Bridges) buys a Park Slope tenement, he fully intends to evict the occupants and transform the building into a chic bachelor pad. But after meeting the tenants, Elgar adopts a “love thy neighbor” policy instead: first he falls head-over-heels for a sexy young go-go dancer… then he begins an affair with the sultry, married “Miss Sepia 1957.” END_OF_DOCUMENT_TOKEN_TO_BE_REPLACED

Plot Synopsis from allmovie.com
A frankly adult comedy about the sex lives of the aimless and the rich, Shampoo is also a pointed commentary on the demise of 1960s idealism at the dawn of the Nixon era. It is Election Day, 1968, and randy Beverly Hills hairdresser George Roundy (Warren Beatty) is too worried about attending to all of his women’s tonsorial and sexual needs, while trying to swing a bank loan to fund his own salon, to notice the fateful Presidential race. As George juggles the demands of girlfriend Jill (Goldie Hawn) and mistress Felicia (Lee Grant), not to mention Felicia’s daughter (Carrie Fisher), he meets Felicia’s husband Lester (Jack Warden) to get money for the salon and discovers that his beloved ex-girlfriend Jackie (Julie Christie) is now Lester’s mistress. END_OF_DOCUMENT_TOKEN_TO_BE_REPLACED 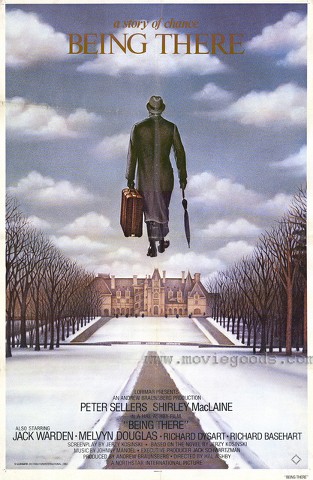 On the day that Kasparov was defeated by Deep Blue, I found myself thinking of the film “Being There” (1979). The chess champion said there was something about the computer he did not understand, and it frightened him. There were moments when the computer seemed to be . . . thinking. Of course, chess is not a game of thought but of mathematical strategy; Deep Blue has demonstrated it is possible to be very good at it without possessing consciousness. END_OF_DOCUMENT_TOKEN_TO_BE_REPLACED 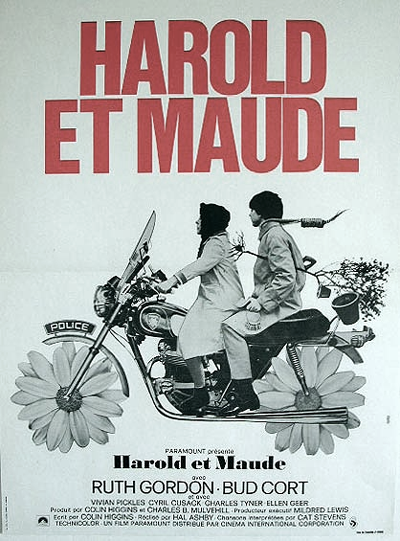 Synopsis
In his second feature as a director after his Oscar-winning success as an editor, Hal Ashby complements Colin Higgins’ script (adapted by Higgins from his own student short) with an affectionately non-judgmental view of quirky behavior and a distaste for institutions of authority.

In their deft hands, Harold Chasen may be weird – but his mother and army general uncle are plain nuts. Paramount appeared nonplussed as to how to market the film, and it opened to scathing reviews and died a rapid first-run death, as few viewers seemed to care for the idea of a youth lusting after a grandmother.

But, caught up in a generational revolt of their own, college audiences responded passionately to the message of doing your own thing regardless of what church, state, and Mom say. Harold and Maude became the cult hit of the 1970s, reportedly playing in one Minneapolis theater for three straight years, with fans who claimed to have seen it 100 or more times. END_OF_DOCUMENT_TOKEN_TO_BE_REPLACED 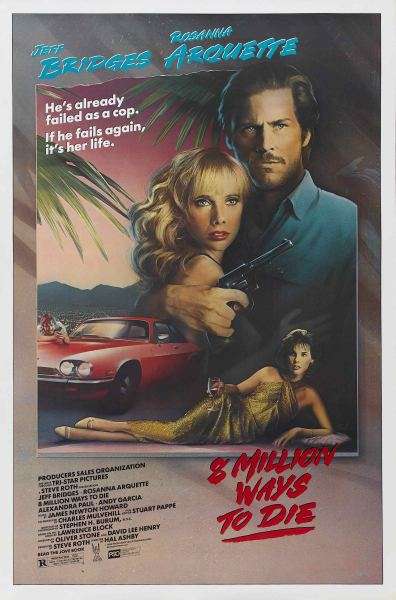 Quote:
“The screenplay is a mess, with enough plot holes to drive the latest-model SUV through. Still, the film is colorful and chock-full of energy and several standout moments. It ain’t perfect, yet it’s far from boring.
The bottom line here is whether 8 Million Ways to Die is worth seeing. It is. A guilty pleasure of mine for over sixteen years, it can provide a whopping good time if you’re willing to overlook its many flaws, and just let the innate craziness of it all work on you. Nothing in it is the least bit logical; then again, there’s not a whole lot about it that’s stiff — there’s an aliveness, a pulsating sense of sleaze and profaneness permeating throughout it that can be quite liberating…
Forget the logical lapses and just revel in its quintessential profaneness.”
— Jack Sommersby, efilmcritic.com END_OF_DOCUMENT_TOKEN_TO_BE_REPLACED 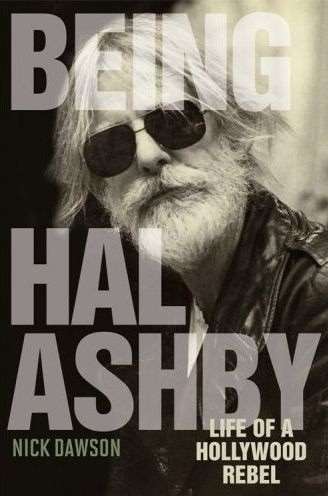 Perhaps best remembered for the enduring cult classic Harold and Maude (1971), Ashby quickly became known for melding quirky comedy and intense drama with performances from A-list actors such as Jack Nicholson in The Last Detail (1973), Warren Beatty and Goldie Hawn in Shampoo (1975), Jon Voight and Jane Fonda in Coming Home (1978), and Peter Sellers and Shirley MacLaine in Being There (1979). Ashby’s personal life was difficult. He endured his parents’ divorce, his father’s suicide, and his own failed marriage all before the age of nineteen, and his notorious drug abuse contributed to the decline of his career near the end of his life. END_OF_DOCUMENT_TOKEN_TO_BE_REPLACED