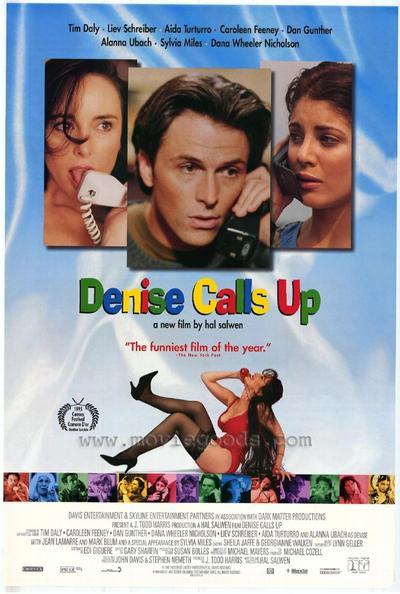 Synopsis by Mark Deming
Thanks to the technological marvels of wireless phones, answering machines, the internet, and e-mail, it is no longer necessary actually to see anyone you know, and seven friends have taken this notion to its logical extreme in this comedy. Linda (Aida Turturro) throws a birthday party and to her dismay, none of her friends show up. The next day, while making phone calls with several acquaintances (none of whom ever meet face to face), Linda hears the same excuse from everyone: they were busy with work and tied up on the phone. Denise (Alanna Ubach), meanwhile, is pregnant, and she decides to call the father, Martin (Dan Gunther), whom she’s never met; he made what he thought was an anonymous donation to a sperm bank, and he isn’t so sure he wants to be part of the parenting process. Gale (Dana Wheeler-Nicholson) wants to set up a blind date between her friend Barbara (Caroleen Feeney) and Jerry (Liev Schreiber), who exchange photos via fax machine. The group ends up having a wake via conference call when one of their friends dies in a car accident, while talking on a cellular phone, of course. Denise Calls Up was the directorial debut for screenwriter Hal Salwen. END_OF_DOCUMENT_TOKEN_TO_BE_REPLACED