Quote:
The topic of the film is Alois Brummer, a likeable and inoffensive man from Lower Bavaria, a sex film producer. A man, small and round in stature, unusually active, with a nose for the market, dealing in films and girls in his own special manner in Bavaria – as another man would deal in used cars. There are worse things in our market-oriented society and in film as well. The film describes a forgotten or neglected form of triviality. END_OF_DOCUMENT_TOKEN_TO_BE_REPLACED 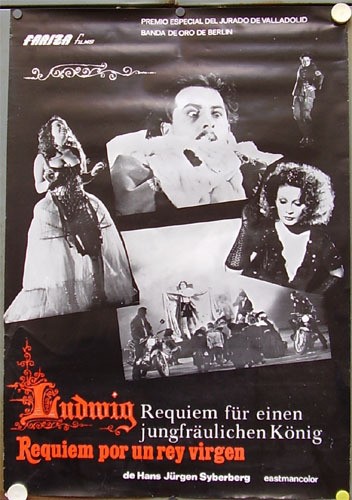 Synopsis:
The story of the legendary King Ludwig II of Bavaria (1845-1886), his opera interest and friendship with theatre personalities such as Richard Wagner and Joseph Kainz, and at the same time a reflection of the German 1800s. END_OF_DOCUMENT_TOKEN_TO_BE_REPLACED 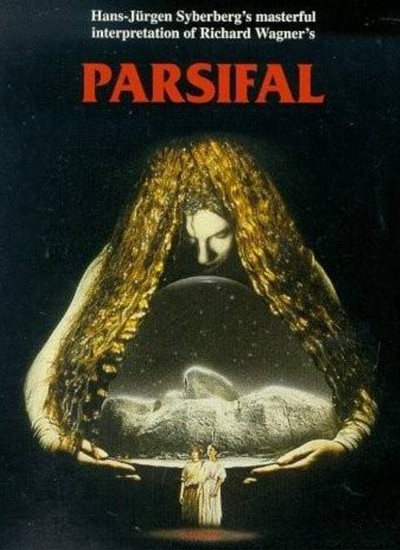 Synopsis:
Richard Wagner’s last opera has remained controversial since its first performance for its unique, and, for some, unsavory blending of religious and erotic themes and imagery. Based on one of the medieval epic romances of King Arthur and the search for the holy grail (the chalice touched by the lips of Christ at the last supper), it recounts over three long acts how a “wild child” unwittingly invades the sacred precincts of the grail, fulfilling a prophecy that only such a one can save the grail’s protectors from a curse fallen upon them. Interpreters of the work have found everything from mystical revelation to proto-fascist propaganda in it. END_OF_DOCUMENT_TOKEN_TO_BE_REPLACED 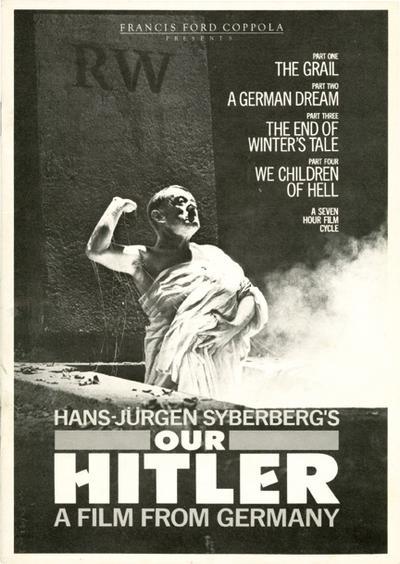 Director Hans-Jurgen Syberberg examines the rise and fall of the Third Reich in this brooding seven-hour masterpiece, which incorporates puppetry, rear-screen projection, and a Wagnerian score into a singular epic vision. Syberberg, who grew up under Nazi tyranny, ruminates on good and evil and the rest of humanity’s complicity in the horrors of the holocaust. END_OF_DOCUMENT_TOKEN_TO_BE_REPLACED 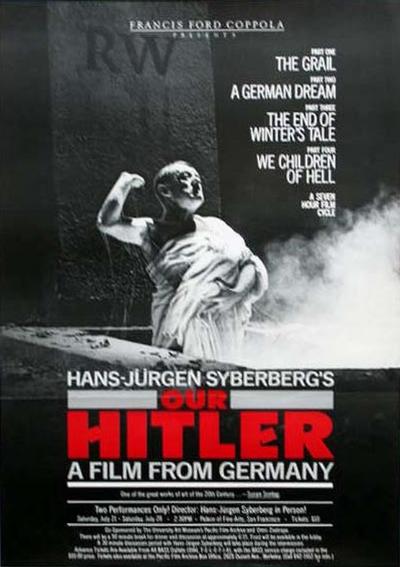 Quote:
The third and longest part of Syberberg’s extraordinary trilogy on German culture, history and nationalism (the two earlier films were Ludwig – Requiem for a Virgin King and Karl May), best described as a high camp, heavy-duty analysis of both history and historical analysis itself. The chosen method is to single out, act out, alter, and finally comment on the lives of a handful of ‘awkward’ German historical figures, from Ludwig of Bavaria through fantasy author Karl May to Hitler, the ‘madman’. Behind aesthetic complexity lies a simple purpose: to show up the sort of historical contradictions solved by Marxists with bare economic models, and by others with suspect reference to the ‘greatness’ or ‘madness’ of the figures involved. Visually lyrical, the style is eclectic to the point of hysteria; and the tone oscillates between the operatic (Wagner figures large) and the colloquial (Hitler in conversation with his projectionist) without ever quite coming unstuck. Humour mixes with mythology and analysis in the attempt to reunite art, history and ideology. It’s a quite remarkable film, with a sense of metaphor equal to its intellectual courage. END_OF_DOCUMENT_TOKEN_TO_BE_REPLACED