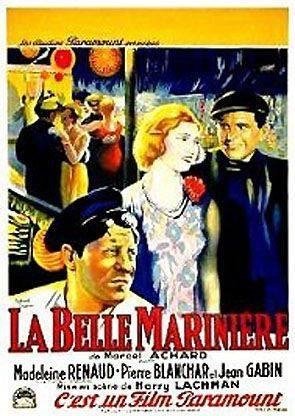 A film thought to be lost until 5 reels (out of 9) were found in the UCLA archives. It was derived from an eponymous play by Marcel Achard which allowed to reconstruct he synopsis. Jean Gabin is the captain of the Cormorant, a horse-drawn barge, living happily along the canals with his sister Mique and Sylvestre (Pierre Blanchar), his fellow mariner and friend. The film starts with Gabin rescuing a young lady named Marinette (Madeleine Renaud) who had fallen in the canal for unsaid reason. Gabin soon also falls (for her), they get married and the boat is renamed ‘la Belle Marinière’ (the handsome she-mariner). During the wedding party returns Sylvestre (a handsome he-mariner) who had been away for the necessities of the script. He will now be the object of a growing interest from Marinette which results in the expected confict between the two men. END_OF_DOCUMENT_TOKEN_TO_BE_REPLACED

Just as elderly Miss Nodbury is ready to leave on a treasure hunt for a family fortune she is scared to death by the ghost of a pirate ancestor. Charlie Chan investigates the rest of the clan.

A treasure map in four pieces, the ghost of a hanged pirate, a talking parrot, and a shipful of red herrings complicate Charlie’s search for a murderer on board a treasure cruise. END_OF_DOCUMENT_TOKEN_TO_BE_REPLACED

Full Synopsis: from TCM
Johnny “Slick” Rawley flees the police and, after lying low with his partners John “Gloves” Baker and his moll Peggy Russell, goes into hiding at the Baldwin Medical College. There he hears Dr. Clifford L. Schuyler give a lecture. Schuyler has successfully performed brain surgery on violent animals, changing them into docile creatures, and wants to try the operation on a human. Slick volunteers, stipulating that his ghastly facial scars be corrected at the same time. END_OF_DOCUMENT_TOKEN_TO_BE_REPLACED 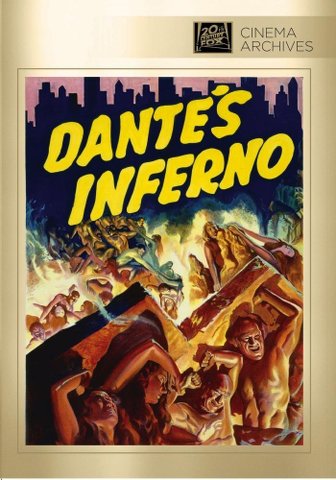 Synopsis:
A ruthless carnival barker, blinded by ambition, keeps a fair open — despite warnings from an inspector that the fair is unsafe — leading to a fatal disaster. Starring Spencer Tracy and Claire Trevor with Rita Hayworth in one of her earliest film appearances, credited as Rita Cansino. END_OF_DOCUMENT_TOKEN_TO_BE_REPLACED