A year after Sheila is killed in a hit-and-run, her wealthy husband invites a group of friends to spend a week on his yacht playing a scavenger hunt mystery game. The game turns out to be all too real and all too deadly. END_OF_DOCUMENT_TOKEN_TO_BE_REPLACED 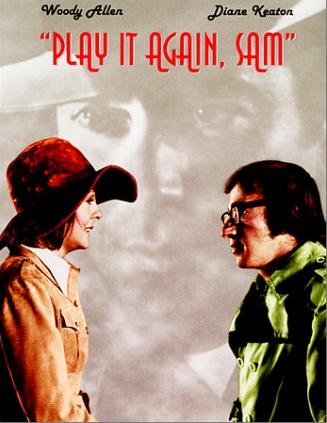 Quote:
Herbert Ross directed this adaptation of Woody Allen’s hit Broadway play concerning a shy film critic who has trouble with women. Woody Allen plays Allan Felix, a writer for Film Quarterly consumed by movies, particularly his favorite film of all time, Casablanca. At the start of the film, Allan’s wife Nancy (Susan Anspach) has just left him and is applying for a divorce. Unable to deal with this emotional turmoil, Allan seeks solace in the movies he loves, imagining Humphrey Bogart (Jerry Lacy) has dropped by his apartment to offer Allan advice on dealing with the ladies (“Dames are simple. I never met one that didn’t understand a slap in the mouth or a slug from a forty-five”). Helping Allan meet new women are his good friends Dick (Tony Roberts) and Linda Christie (Diane Keaton). Dick and Linda fix him up with a succession of dates, all of which end disastrously because of Allan’s nervousness and insecurity. Finally, Allan realizes that he has been spending more time with Linda than anyone else and he is becoming attracted to her — she’s the only woman he truly feels comfortable around. Linda proves unexpectedly receptive to Allan’s advances, since Dick’s workaholic ways leave Linda neglected and ignored. — Paul Brenner
END_OF_DOCUMENT_TOKEN_TO_BE_REPLACED