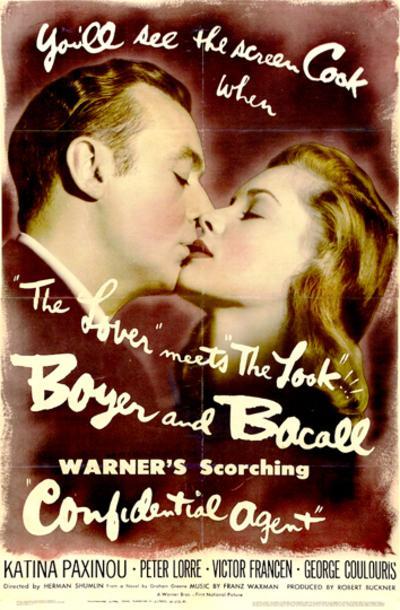 Synopsis:
In pre-World War II London, Spanish agent Denard struggles to close a high-level business deal that will strike a blow against fascists in his native country. But industrialists not yet alert to the threat of fascism reject him. A teenage ally caught up in his efforts is murdered. And the mission itself seems a failure. Yet neither the story nor Denard will stop there. Charles Boyer plays Denard and Lauren Bacall is a jaded industrial heiress who assists him in this intricate spy drama. For her second screen appearance, Bacall took a critical thumping, yet her presence smolders. The film itself still satisfies, thanks in no small measure to James Wong Howe’s atmospheric cinematography and the story craft of source novelist Graham Greene. END_OF_DOCUMENT_TOKEN_TO_BE_REPLACED