Synopsis:
‘When she discovers her students are hiding their true thoughts and feelings, Karla, a young and idealistic teacher at the start of her career, goes against the routine opportunism, hypocritisy and small-mindedness all around her. Her superiors view her actions with unease, however, and eventually step in to discipline her.
This film, written by renowned author Ulrich Plenzdorf, was considered nihilistic, skeptical and hostile by officials. It became one of the dozen East German films banned in 1965-66. Only in 1990, after the fall of the Wall, was Karla finally screened in cinemas.’
– DEFA Film Library END_OF_DOCUMENT_TOKEN_TO_BE_REPLACED

Synopsis:
Fourteen-year-old Stefan Kolbe, along with his mother and sister, moves from an idyllic small town to the developing area of Berlin-Marzahn, where his father works as a construction worker. Stefan must find his way in a completely new environment and surrounded by strange people. Stefan gets to know two girls, who attempt to seduce him, and gets himself into trouble with the landlord, who kisses up to societal authority figures. He becomes friends with the anxious Hubert, defends him against the constant humiliation of the older student Windjacke, and encourages him to stand up for himself. It ends tragically in a bitter fight between Stefan and Windjacke. END_OF_DOCUMENT_TOKEN_TO_BE_REPLACED 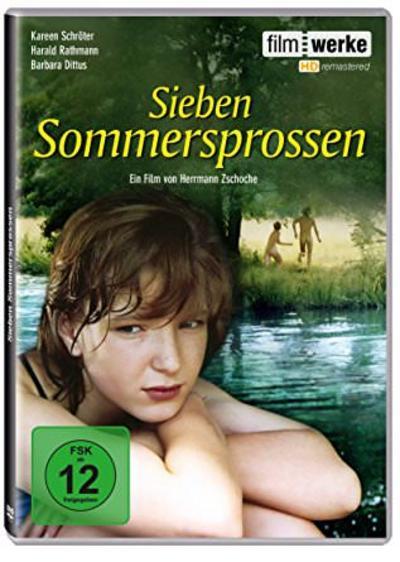 SYNOPSIS: Having once lived in the same house as young children, Caroline and Robby meet again at summer camp years later. Now 15-years-old, a relationship begins to build between the two old friends, but there are many obstacles getting in the way of their love. The other camp counselors disapprove of the love affair between Caroline and Robby and try everything to keep them apart. At camp, their regiment is strict and the camp director’s only interest is in keeping his campers in tip-top shape through serious exercise routines, and leaving no time for the youngsters to get acquainted. The campers choose to perform a play, Romeo and Juliet, and it is soon discovered that Caroline has competition for Robby’s love after he is chosen for the role of Romeo. END_OF_DOCUMENT_TOKEN_TO_BE_REPLACED