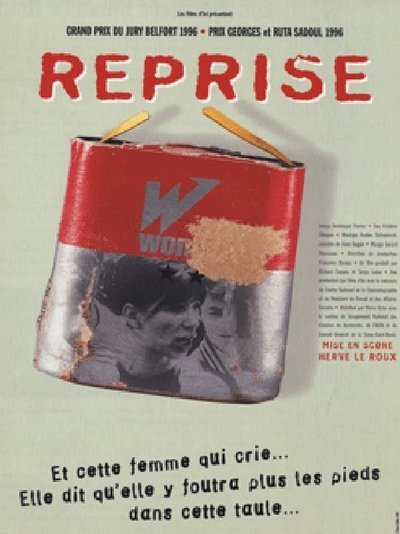 Reprise is a three-hour documentary about a legendary and anonymous short film, The Resumption of Work at the Wonder Mills, shot in 1968 by two film students in front of the Wonder factory in Saint-Ouen: as employees return to work a woman appears in the crowd, rebels and refuses to return to the factory. This mysterious rebel is the pretext and the subject of this film. Le Roux investigates this pasionaria. He tries to find her by meeting former workers, activists and trade unionists. The opportunity for the filmmaker to unfold a piece of history buried, to give voice to workers who had never been able to tell their experience, explain their working conditions, express their nostalgia mixed with suffering. END_OF_DOCUMENT_TOKEN_TO_BE_REPLACED