Kiwa is Iwago’s devoted wife. A former wrestling champion, he has become a ‘zegen’ : He buys young girls from poor families to sell them to geisha houses. He is quite successful but Kiwa, though she accepts his money, loathes his work. One day Iwago comes back with a young girl he’s bought from a man who wanted to sell her in China. They adopt her and she raises her, as a respectable girl, with her two sons. But Iwago wants to manage the career of a singer who becomes his mistress and the situation becomes very tense in the couple. This is the third and last adaptation of Tomiko Miyao (mostly autobiographical) novels about the world of prostitution and yakuzas in Kochi by Gosha. END_OF_DOCUMENT_TOKEN_TO_BE_REPLACED

Synopsis: “Former samurai Magobei is forced to return to his sword-dueling ways when the gang he once ran with puts an innocent woman in danger. Coming to this woman’s defense, Magobei is tortured and made to pay for abandoning his people in the past.” END_OF_DOCUMENT_TOKEN_TO_BE_REPLACED

Hideo Gosha – Kita no hotaru aka Fireflies in the North (1984) 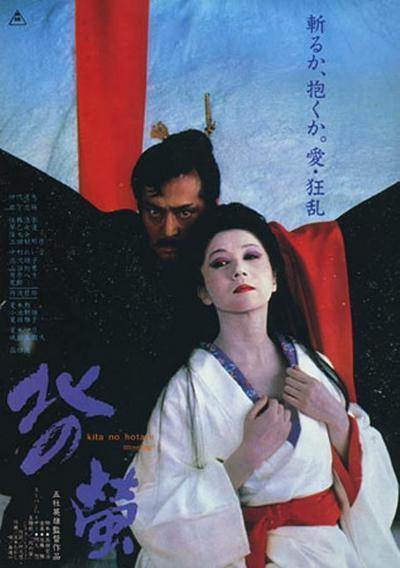 This is one of Gosha Hideo’s last great movies before entering into his “Women’s Films” stage. Set in the frigid wilderness of Hokkaido during the early days of the Meiji era, this film stands out for its mixture of brutality, sexuality, romance, and bloody violence. Nakadai Tatsuya stars as the brutal warden of Kabato Prison, where the convicts were sentenced to forced labor to build the roads needed to open up the territory. All the elements of his greatest films are here, from vicious catfights to brilliant sword action and a plot that’s filled with twists and turns like no other. END_OF_DOCUMENT_TOKEN_TO_BE_REPLACED