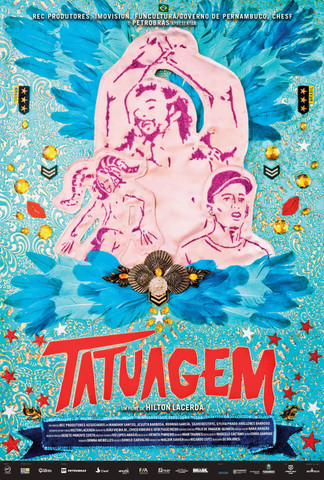 Hilton Lacerda’s film debut is a lively take on the conflict between the straight establishment and the gay avant garde in late ’70s Brazil, and won a clutch of awards at the recent Rio festival.

The spirit of Fassbinder lives on in Hilton Lacerda’s Tattoo, at once an homage to the anarchist theater scene in late 1970s Brazil, a portrait of a society on the edge of change, and a punchy critique of Latin American homophobia. As drama, Tattoo tells an often-told story, but it does achieve a distinctive air of controlled chaos, managing to be both bouncy and thought-provoking in an unsubtle kind of way. Having picked up several awards in Rio, Tattoo should go on to leave its mark at festivals where the gay and the political meet. Its five Rio awards included best actor and best supporting actor. END_OF_DOCUMENT_TOKEN_TO_BE_REPLACED