When a miner leaves his employers and treks out with his young son to become a migrant worker, he finds himself moving from one eerie landscape to another, intermittently followed (and photographed) by an enigmatic man in a clean, white suit, and eventually coming face-to-face with his inescapable destiny. Hiroshi Teshigahara’s debut feature and first collaboration with novelist Kobo Abe, Pitfall is many things: a mysterious, unsettling ghost story, a portrait of human alienation, and a compellingly surreal critique of soulless industry, shot in elegant black and white. END_OF_DOCUMENT_TOKEN_TO_BE_REPLACED 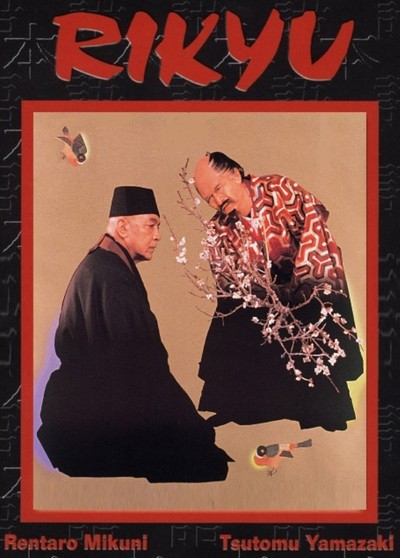 Acclaimed director and headmaster of the Sogestsu school of flower arranging Hiroshi Teshigahara helms this elegant historical drama about tea master Sen no Rikyu. A Buddhist priest who talks of the beauty of a single flower or the shape of a hand holding a teacup, Rikyu (played by Rentaro Mikuni) not only perfected the art of the tea ceremony, but he was one of the primary arbiters of taste during his age. That era was a bloody one, culminating in the uniting of Japan’s disparate kingdoms by a series of strong leaders. The most ambitious and the most extravagant was Toyotomi Hideyoshi (Tsutomu Yamazaki), who favored flashy displays of wealth as much as he did violent conquest. Hideyoshi thought of the tea ceremony not as an art but as a show of refinement and power. In 1587 he held a ten-day tea-drinking orgy in Kyoto and Osaka. Hideyoshi chose Rikyu to oversee it and soon the buffoonish, violent leader and the reserved master were engaged in a thinly veiled clash of wills. Rikyu eventually does teach Hideyoshi that beauty is found in the minute. Yet when Hideyoshi receives both guns and a globe from Portuguese missionaries, he is overwhelmed with Napoleonic visions. When Rikyu expresses his reservations about Hideyoshi’s impending invasion of Korea and China, the potentate demands an apology. — Jonathan Crow allmovie.com END_OF_DOCUMENT_TOKEN_TO_BE_REPLACED

Hiroshi Teshigahara – Tanin no kao AKA The Face of Another (1966) 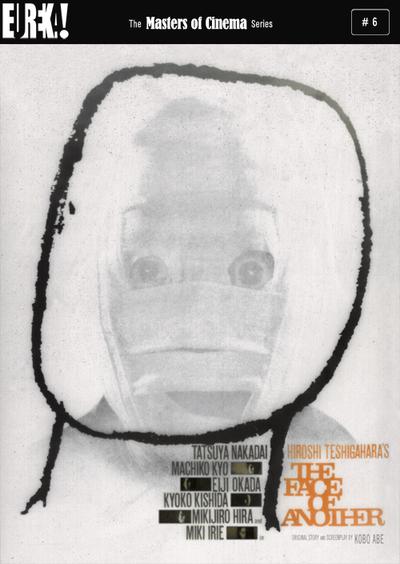 Acquarello @ Strictly Film School wrote:
An off-camera psychiatrist (Mikijiro Hira) overseeing a processed batch of prosthetic appendages describes his fragile role of diplomatically treating – not a patient’s physical imperfection – but rather, the psychological insecurity that underlies his seemingly superficial malady. The curious, fragmented shot of randomly floating, artificial body parts is subsequently reflected in an X-ray profile of a smug and embittered burn victim named Okuyama (Tatsuya Nakadai) as he recounts to the quietly receptive psychiatrist his own culpability in the fateful industrial accident that had permanently disfigured him and now estranges him from his co-workers and family. The clinically disembodied images are then commuted into the equally cold and sterile Okuyama household through a dissociating, close-up shot of a human eye that zooms out to reveal his beautiful and mannered wife (Machiko Kyô) busily occupied in her hobby of polishing gemstones as the acerbic and insecure Okuyama attempts to test her affection and fidelity with vague and allusive casual remarks and open-ended questions. Spurned by his wife after a spontaneous and awkward attempt at intimacy, Okuyama returns to his psychiatrist and agrees to participate in the testing of the doctor’s latest experiment: a prosthetic mask molded from the facial characteristics of a surrogate donor. Now liberated by a sense of faceless anonymity and relieved of personal and professional entanglements, Okuyama takes up residence at a modest boarding house and begins to test the limits of his traceless identity. END_OF_DOCUMENT_TOKEN_TO_BE_REPLACED 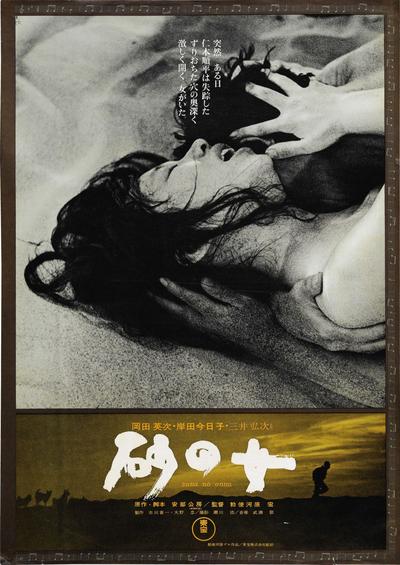 Jumpei Niki, a Tokyo based entomologist and educator, is in a poor seaside village collecting specimens of sand insects. As it is late in the day and as he has missed the last bus back to the city, some of the local villagers suggest that he spend the night there, they offering to find him a place to stay. That place is the home of a young woman, whose house is located at the bottom of a sand pit accessible only by ladder. He later learns that the woman’s husband and child died in a sandstorm, their undiscovered bodies buried somewhere near the house. The next morning as he tries to leave, he finds that the ladder is gone – he realizing that the ladder he climbed down was a rope ladder which is anchored above the pit – meaning that he is trapped with the young woman as the walls of the pit are sand with no grip. He also realizes that this entrapment was the villagers and the young woman’s plan for him to stay there permanently to be her helper in the never-ending task of digging out the sand, which if not done will swallow them alive. END_OF_DOCUMENT_TOKEN_TO_BE_REPLACED

Hiroshi Teshigahara – Moetsukita chizu aka The Man Without a Map (1968) 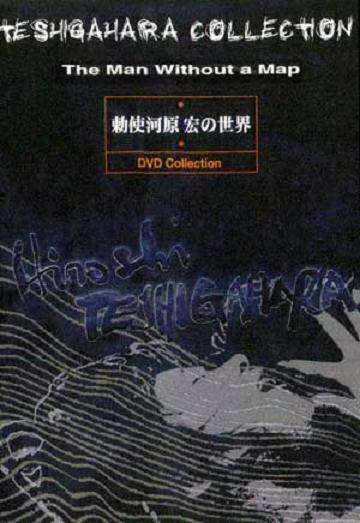 A private detective is hired to find a missing man by his wife. While his search is unsuccessful, the detective’s own life begins to resemble the man for whom he is searching. (imdb.com) END_OF_DOCUMENT_TOKEN_TO_BE_REPLACED