Quote:
As its name suggests, Nostalgia is autobiographical. Its maker, HOLLIS FRAMPTON, is recognised as one of the leading figures of the New American Cinema, a contemporary of Michael Snow, Paul Sharits and George Landow. This film, made in 1971 and itself part of a larger work called Hapax Legomena relates to a period between 1958 and 1966- before Frampton was known as a film-maker and was working mainly in still photography. Twelve photographs are presented as ‘documents’ of that period. A number are of friends in the New York art world, others are images that were of aesthetic interest. The tone throughout is dry and ironic. END_OF_DOCUMENT_TOKEN_TO_BE_REPLACED

Experimental filmmaker Hollis Frampton shoots a series of portrait shots of each of his fourteen friends, each with half of their face in shadow and each with a different expression. After all fourteen introductions have been made, Frampton then presents a series of brief shots in which each friend shown previously performs an everyday activity for the camera, from smoking to drinking to sitting. The different angles and the varied lighting in each of these lightning-quick shots are used to create a mysterious and sinister atmosphere. END_OF_DOCUMENT_TOKEN_TO_BE_REPLACED

An abstract short consisting of a series of quick shots, in which hands are shown doing a variety of things: peeling an egg, holding a cup, etc. Tinted pink, these shots are consistently interrupted by other black and white shots of other images. END_OF_DOCUMENT_TOKEN_TO_BE_REPLACED

“Zorn’s Lemma stands for – Every non-empty partially ordered set in which every chain (i.e. totally ordered subset) has an upper bound contains at least one maximal element.

It is named after the mathematician Max Zorn.

The terms are defined as follows. Suppose (P,≤) is the partially ordered set. A subset T is totally ordered if for any s, t ∈ T we have either s ≤ t or t ≤ s. Such a set T has an upper bound u ∈ P if t ≤ u for all t ∈ T. Note that u is an element of P but need not be an element of T. A maximal element of P is an element m ∈ P such that the only element x ∈ P with m ≥ x is x = m itself. END_OF_DOCUMENT_TOKEN_TO_BE_REPLACED

Frampton on Ordinary Matter wrote:
A vision of a journey, during which the eye of the mind drives headlong through Salisbury Cloister (a monument to enclosure), Brooklyn Bridge (a monument to connection), Stonehenge (a monument to the intercourse between consciousness and LIGHT)…visiting along the way diverse meadows, barns, waters where I now live; and ending in the remembered cornfields of my childhood. The soundtrack annexes, as mantram, the Wade-Giles syllabary of the Chinese language. END_OF_DOCUMENT_TOKEN_TO_BE_REPLACED 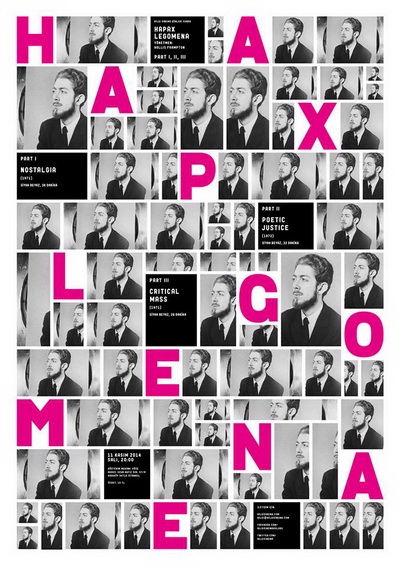 Quote:
An unmoving, overheard shot of a series of photographs, slowly burning on a heating coil. On the soundtrack, there are autobiographical notes (read by Michael Snow) about each photo. However, the audio and video are jumbled, so that you’re never hearing about the picture you’re seeing. It’s a simple but effective bit of recontextualization, each image transformed not only by its immolation – a perversely hypnotic thing to behold – but also its associations (dissociated audio and video seems to be a common theme in Frampton’s work). When you watch, you can choose to match the picture onscreen with the story, or try to recall the photo he’s talking about, or keep the narration in mind when we eventually see it. Or attempt to absorb it all as a whole. The most intriguing and rewarding I’ve seen by Frampton yet. END_OF_DOCUMENT_TOKEN_TO_BE_REPLACED