Five men rob a train in Utah of 10 million dollars in gold and head to Los Angeles in 3 trucks hoping to meet up with their beautiful accomplice, and leave the country. END_OF_DOCUMENT_TOKEN_TO_BE_REPLACED

Synopsis:
Frustrated by his inability to help an African-American patient who hates whites, a psychiatrist (Peter Falk) asks his superior (Sidney Poitier) to release him from the case. The superior relates a case from his own past during World War II when he treated a young Nazi (Bobby Darin) who despised blacks. Explaining the tragic results of the case, the older psychiatrist encourages his younger colleague not to be swayed by the patient’s attitude, to remain objective and to stick with his treatment. END_OF_DOCUMENT_TOKEN_TO_BE_REPLACED

Quote:
A woman who heads a sportswear manufacturing company is found dead. Although it is ruled a suicide, the police detective in charge believes she was murdered, and his subsequent investigation begins to focus on the woman’s son, who was blinded by her in an accident several years before. END_OF_DOCUMENT_TOKEN_TO_BE_REPLACED 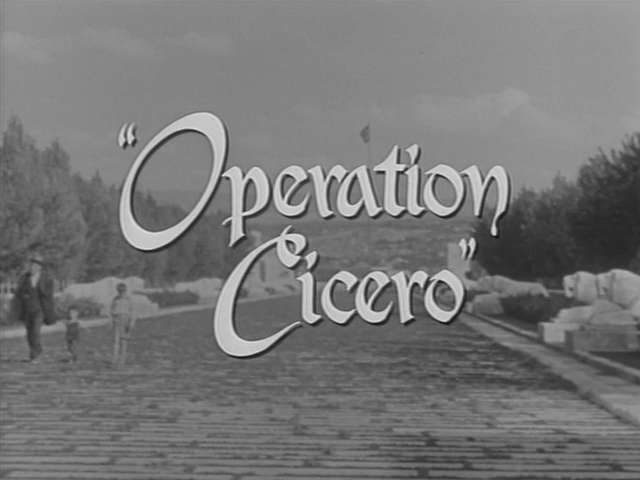 (from tv.com) :
Based on the true story of a World War II spy with access to top secret information in the British embassy in Turkey, this episode follows the brief but bright career of an English valet, code-named Cicero, who seized his chance to sell expensive secrets to the Germans, including details about D-Day’s Operation Overlord. The Nazi government, the British ambassador, and a Polish countess all dance on strings even as British counteragents close in. END_OF_DOCUMENT_TOKEN_TO_BE_REPLACED