Isao Takahata – Hotaru no haka AKA Grave of the Fireflies (1988)

Quote:
Isao Takahata‘s Hotaru no Haka (The Grave of the Fireflies, 1988) is a brilliant piece of cinema. Set in Kobe, Japan, in 1945, the film focuses on a brother and sister who are left orphaned and homeless by the American firebombing of the city. It is unflinching in its portrayal of the realities of the war, a harrowing account of what such attacks meant for the ordinary people living in the target area. The children’s innocence and love for each other is no defence against the trials they face: their suffering is very real, their story a classic tragedy. That The Grave of the Fireflies is animated rather than live-action does not distract from its power to move, to provoke thought, to draw tears from the eyes. It is a masterpiece. END_OF_DOCUMENT_TOKEN_TO_BE_REPLACED 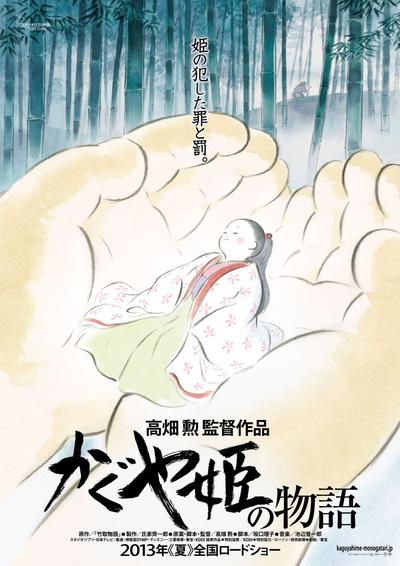 Found inside a shining stalk of bamboo by an old bamboo cutter and his wife, a tiny girl grows rapidly into an exquisite young lady. The mysterious young princess enthralls all who encounter her – but ultimately she must confront her fate, the punishment for her crime. END_OF_DOCUMENT_TOKEN_TO_BE_REPLACED