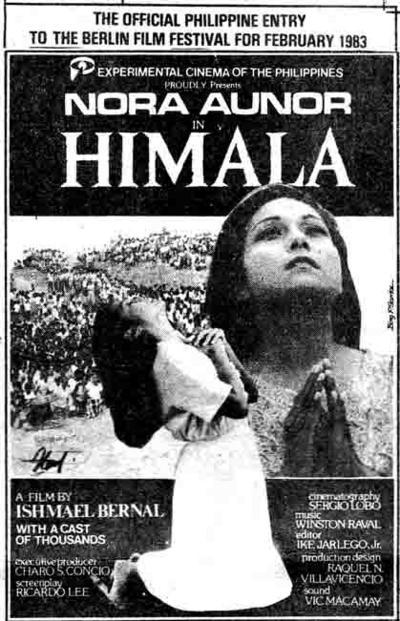 Himala is a landmark 1982 film directed by Ishmael Bernal. It tells the story of a young woman in a small town in the Philippines who claims to have seen an apparition of the Blessed Virgin Mary and suddenly begins to exhibit healing powers. More than a movie about faith-healing, the film is an excellent commentary on Third World poverty and backward and contradictory rural customs. The lead role is superbly played by one of the country’s premier dramatic actresses, Nora Aunor. END_OF_DOCUMENT_TOKEN_TO_BE_REPLACED