Plot
A tale based on the life of Wilhelm Furtwangler, the controversial conductor of the Berlin Philharmonic whose tenure coincided with the controversial Nazi era. One of the most spectacular and renowned conductors of the 30s, Furtwangler’s reputation rivaled that of Toscanini’s. After the war, he was investigated as part of the Allies’ de-Nazification programme. In the bombed-out Berlin of the immediate post-war period, the Allies slowly bring law and order–and justice–to bear on an occupied Germany. An American major is given the Furtwangler file, and is told to find everything he can and to prosecute the man ruthlessly. Tough and hard-nosed, Major Steve Arnold sets out to investigate a world of which he knows nothing. Orchestra members vouch for Furtwangler’s morality–he did what he could to protect Jewish players from his orchestra. To the Germans, deeply respectful of their musical heritage, Furtwangler was a demigod; to Major Arnold, he is just a lying, weak-willed Nazi. END_OF_DOCUMENT_TOKEN_TO_BE_REPLACED

Quote:
Austrian Klaus Schneider, who later comes to be known as Erik Jan Hanussen is wounded during World War I. While recovering in the care of Dr. Emil Bettleheim (Erland Josephson), the Doctor discovers that Schneider possesses empathic powers. After the war, with one friend as his manager and another as his lover, Schneider changes his name and goes to Berlin to perform in halls and theaters as a hypnotist and mind reader. His purported powers bring him to the attention of the Nazis which nurtures his fame and power – as well as his own troubles – to grow. END_OF_DOCUMENT_TOKEN_TO_BE_REPLACED

Quote:
There are times in “Mephisto” when the hero tries to explain himself by saying that he’s only an actor, and he has that almost right: All he is, is an actor. It’s not his fault that the Nazis have come to power, and that as a German-speaking actor he must choose between becoming a Nazi and being exiled into a foreign land without jobs or German actors. As long as he is acting, as long as he is not called upon to risk his real feelings, this man can act his way into the hearts of women, audiences, and the Nazi power structure. This is the story of a man who plays his life wearing masks, fearing that if the last mask is removed, he will have no face. END_OF_DOCUMENT_TOKEN_TO_BE_REPLACED

Plot Synopsis from allmovie.com
Hungarian director Istvan Szabó’s 1976 feature Budapest Tales (AKA Budapesti mesék) unfolds in a purely allegorical, dreamlike realm, rich with indigenous symbolism. Following some great catastrophic onslaught – its exact nature unknown – a number of individuals emerge from hiding and discover a dilapidated old trolley car awash on a river bank. They instinctively begin loading all of their worldly goods onto the vehicle and pushing it along its tracks, destination unknown. In time, even the concept of a destination becomes secondary to the trek itself, and a number of key events befall the passenger/participants: a few lose all energy and fall by the wayside; the travelers run headfirst into a river that runs across a section of track, and must break the trolley down and move the pieces across, one at a time; occasional accidents and calamities arise, including the arrival of brigands. END_OF_DOCUMENT_TOKEN_TO_BE_REPLACED

In WW2 Hungary, hard-bitten resistance fighter János and naive young mother Kata are thrown together in an attempt to escape the Nazis. Compelled to pose as husband and wife, they are forced into a strange intimacy. Terrified of discovery, the couple are wary of all those around them, and even of each other. As their individual loyalties are challenged, their relationship begins to change – calling into question the emotional certainties of their normal lives, and forcing them to re-assess who they really trust. END_OF_DOCUMENT_TOKEN_TO_BE_REPLACED 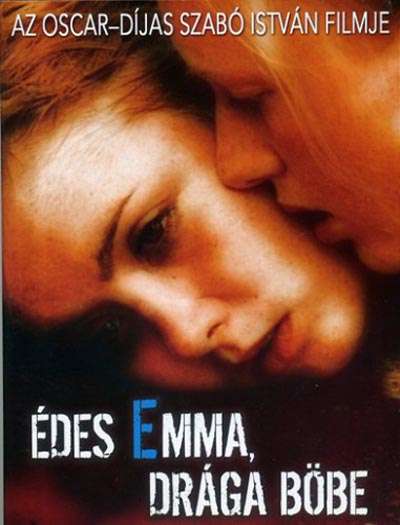 Emma has moved to Budapest from the countryside with her good friend Böbe, and both of them have taken jobs as schoolteachers. However, their wages are pitifully small, and all they can afford in the way of housing is a shared room in a boarding house near the airport. The two women have settled into their lives, but it isn’t easy: Emma’s sexual affair with the school’s married principal is not emotionally satisfying, and Böbe’s penchant for picking up foreigners and bringing them back to their room for sex creates unpleasant situations, to say the least. At school, it used to be clear what the quickest route to success was, but now that the “communists” are no longer in power, a lot of the senior people are floundering in uncertainty. Eventually, Emma gains the courage to strike out on her own. ~ Clarke Fountain, All Movie Guide END_OF_DOCUMENT_TOKEN_TO_BE_REPLACED 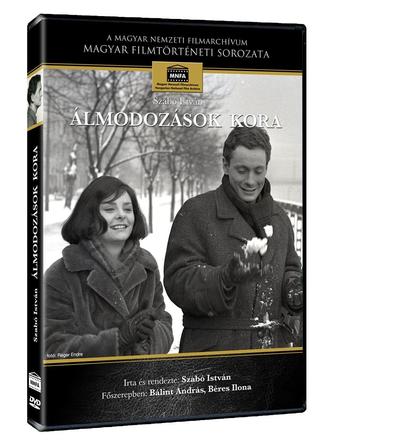 Quote:
The Hungarian Age of Illusions was the first feature-film effort by writer/director István Szabó. Andras Balint plays an electrical engineer who hops from bed to bed, never making any lasting commitment with any one woman. All this changes when he falls in love with a local celebrity whom he sees on television (Ilona Beres). Trouble is, he’s never met her; like her other fans, he can assess her only by what he witnesses on the small screen. When he finally does touch base with the girl, he’s in for a few surprises-some pleasant, many others not so. Completed in 1965, Age of Illusions was not given widespread distribution until 1967. END_OF_DOCUMENT_TOKEN_TO_BE_REPLACED