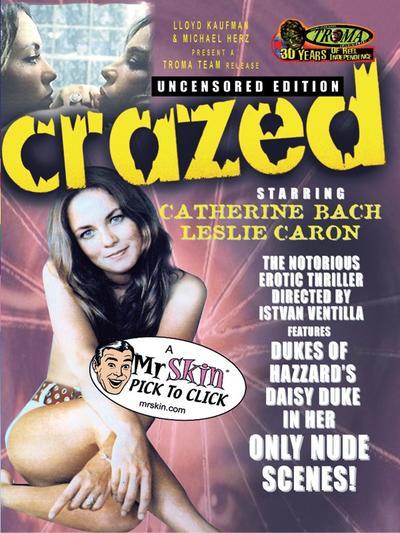 Crazed features a fully-nude lesbian scene between Daisy Duke herself Catherine Bach and critically acclaimed character actress Leslie Caron (Chocolat, Gigi)! Because of this notorious scene, Crazed has become one of the most sought-after movies on the cult film collector’s circuit. Nicole (Leslie Caron), a reclusive widow who lives alone in her mansion with only her housemaids and butlers to keep her company, leads a decadent and lustful life. Using her voluptuous body and her vast fortune to manipulate those around her, Nicole is obsessed with controlling all the people in her life. However, as she finds love with a dashing suitor and friendship with a young aspiring dancer (Catherine Bach), Nicole begins to change for the better…that is until she suspects her new lover may be cheating on her. As her crazed suspicions begin to spin her life out of control, Nicole weaves a devious web of deception and betrayal, all leading up to bloody murder! END_OF_DOCUMENT_TOKEN_TO_BE_REPLACED