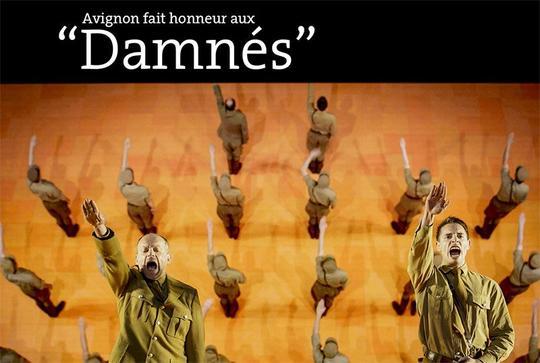 Ivo van Hove’s first staging with the Troupe marks the entry into the repertoire of the scenario of The Damned. In two decades, the artistic director of the Toneelgroep in Amsterdam, whose field of exploration encompasses the world of theatre, film and opera, has explored a vast repertoire of works, from Sophocles and Shakespeare to Molière, Koltès, Cassavetes or Arthur Miller. The intention in this production is not to adapt the cult film, directed byVisconti, but “to return to the screenplay in order to stage it for theatre”. What Ivo van Hove retains from this sharply drawn chronicle of a family of industrialists during the Nazi seizure of power in 1933 in Germany is the ideological depravity of a company willing to makes the most poisonous alliances to benefit its own economic interests. “In my view, it is the celebration of evil”, says the director, whose work “always combines strong theatricality with the exploration of complex psychological zones and refined emotions”. END_OF_DOCUMENT_TOKEN_TO_BE_REPLACED