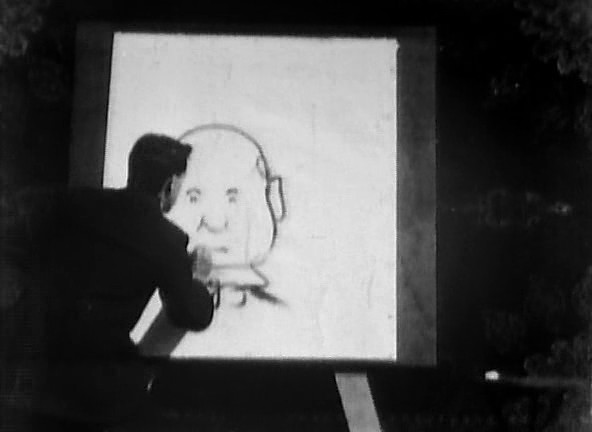 Upon a large sheet of white paper a cartoonist is seen at work rapidly sketching the portrait of an elderly gentleman of most comical feature and expression. After completing the likeness the artist rapidly draws on the paper a clever sketch of a bottle of wine and a goblet, and then, to the surprise of all, actually removes them from the paper on which they were drawn and pours actual wine out of the bottle into a real glass. Surprising effects quickly follow after this; and the numerous changes of expression which flit over the face in the sketch cause a vast amount of amusement and at the same time give a splendid illustration of the caricaturist’s art. END_OF_DOCUMENT_TOKEN_TO_BE_REPLACED