Synopsis/Background wrote:
Synopsis: The title refers both to the male sexual drive and to the fact that the hero of the movie is always tooling around Manhattan in a Lamborghini; and a villainess drag queen who tries to rid men of their sex drives! Sounds amazing, with a screenplay by Christopher Rage (who also, in drag, plays the villainess Arachne) with over 50 people in the cast – END_OF_DOCUMENT_TOKEN_TO_BE_REPLACED

Synopsis/Background wrote:
“This early offering from master director Jack Deveau is decidedly tamer than most of his later work, and at just over an hour it’s also a shorter than his epics from the later part of the decade. There is an anonymous flavor to some of the sex, and a little kinky bondage enters the picture courtesy of some very loose rope midway through, but this is mostly a straightforward, romance-inflected film. END_OF_DOCUMENT_TOKEN_TO_BE_REPLACED 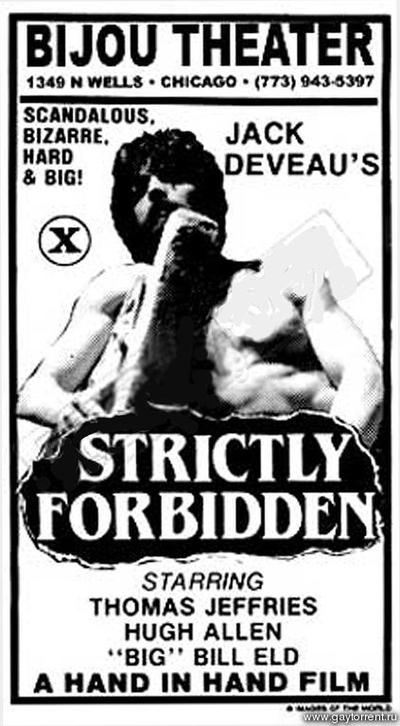 While touring Paris, Thomas is cruised by an older man in a cafe, and then goes to the museum (after the guard has left and locked up). A handsome statue comes to life who embraces and kisses Thomas passionately before leading him into another room. Here, as Thomas lies on a pedestal in his underwear, where two men – a bearded Geek god, the handsome stayue that has come to life embrace Thomas. END_OF_DOCUMENT_TOKEN_TO_BE_REPLACED 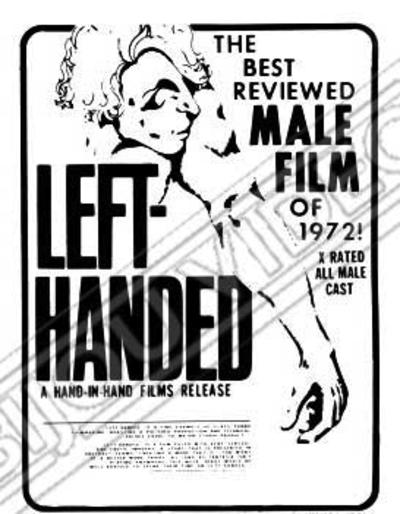 Synopsis/Background wrote:
Taglines: This is Ray. He is Left Handed…..

Story about an antique dealer, his hustler boyfriend, and their pot dealer — and the relationships that ensue; Deveau’s first film.